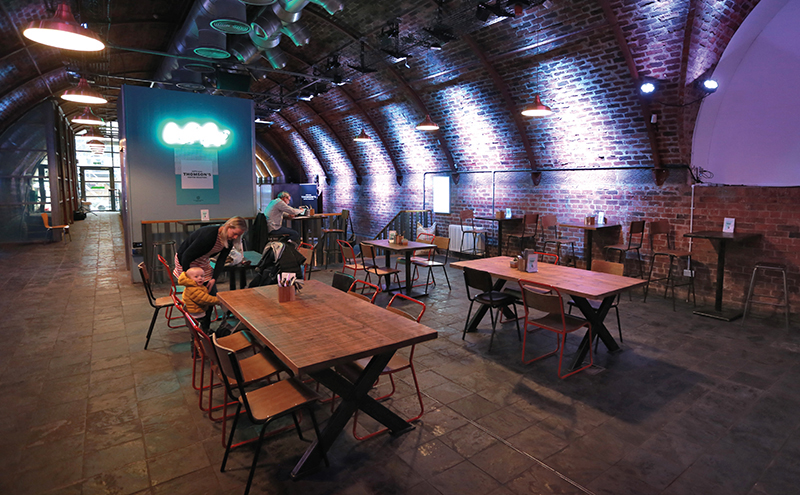 AN independent coffee company, founded in Glasgow during the 19th century, has moved into the renowned site of the former Arches venue, which closed its doors in 2015, turning the events space into a coffee hub.

Thomson’s Coffee Roasters, which opened its first store on Glasgow’s St Vincent Street in 1841, supplying businesses with a range of coffee and tea supplies, launched its new coffee roastery, café, bakery and training centre at the recently redeveloped site underneath the city’s Central Station at the beginning of the month.

The Thomson’s Central café has 58 covers, spanning two floors, and offers a range of speciality coffees as well as food, including bread and pizza that has been freshly baked in the on-site bakery.

A selection of Scottish craft drinks is also on offer, including Brewdog’s LoneWolf Gin.

It’s taken a great deal of time and effort to create this new bespoke space within The Arches.

The café opens Tuesday to Friday from 8am to catch the pre-work coffee crowd, closing at 4pm, and stays open late into Thursday evenings.

It is closed on Mondays for production and training.

At the weekends Thomson’s opens from 10am to 8pm, while the Platform food market, which specialises in local, seasonal, free range and fair trade produce, takes place alongside the business.

At the centre of the venue is a new “state of the art” coffee roaster, said to be the only one of its kind and size in Scotland.

The energy-efficient Loring Kestral S35 Smart Roaster is described as “reinventing” the way in which coffee beans can be roasted, as it can be programmed to roast beans to individual preferences. 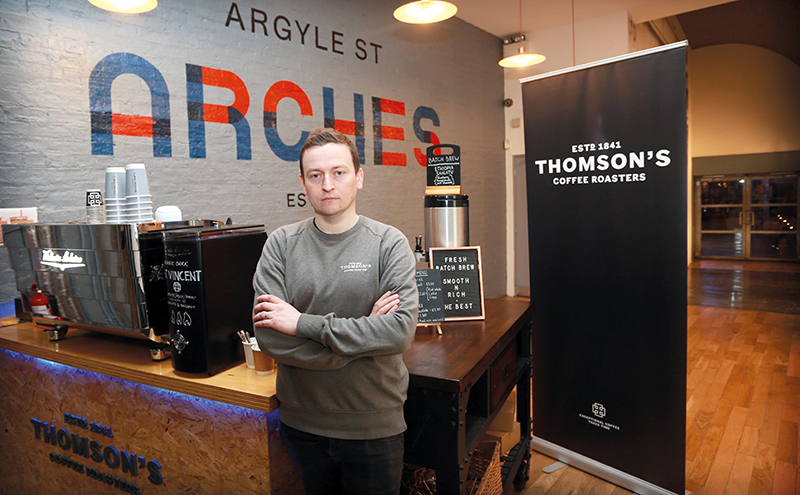 Thomson’s is also aiming to turn the outlet into a “gold-standard training hub” for fledgling baristas.

“The team and I have been working hard to get Thomson’s Central fully up and running and we are delighted at the response we have had so far.

“We’re naturally passionate about training – from bean to cup we’re obsessive over every detail, which is why we’re well-placed to educate and inspire other people about our favourite drink.

We’re obsessive over every detail, which is why we’re well-placed to educate and inspire.

“We’re so excited about this new chapter in our story, founded on over 175 years of heritage as a brand, and are looking forward to building our future on this legacy, as a real centre of excellence.”

Thomson’s is also set to add a third range of coffee to its existing Legacy and Lab collections.

The company is hoping to achieve a “brand-new standard of coffee” with the selection, aided by the addition of the new roaster in Glasgow.

The range will be produced exclusively at Thomson’s Central and is said to have been “meticulously sourced”.

Tea up a new sales opportunity