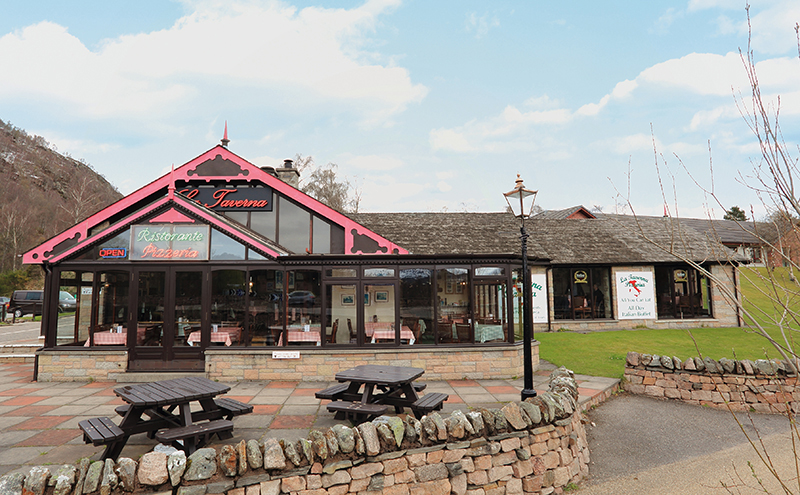 A NEW operator is in place at Italian eatery La Taverna in Aviemore, ending over 40 years of family ownership.

The 150-cover venue, which enjoys a prominent location at the southern entrance to the town and views of the CairnGorm mountain, was purchased by Stephen White, co-owner of several Glasgow venues, in a deal which totalled over £1.75 million.

Peter Seymour of Graham & Sibbald, who had been marketing the property, said he believed the deal was “one of the biggest disposals for a restaurant business in the open market in a number of years”.

The business is said to cater for up to 600 covers a day across a buffet service and a la carte menu, as well as offering a takeaway service which is said to account for 10% of its revenue.

Turnover for the business has grown by 51% over recent years to £1.57 million, according to Graham & Sibbald.

There’s a real family feel to this business, which is amazingly well run.

The unit has also been extended over the years to include a conservatory to the front of the property and an extension to the kitchen.

La Taverna had been run by the Vastano family, who separated the business from its High Range Hotels and Lodges site, which sits behind the restaurant.

The deal to sell the outlet will see Toni and Nando Vastano stay on at the restaurant and work with White for the next few years.

White said: “I’m delighted to join forces with Toni and Nando at La Taverna. There’s a real family feel to this business, which is amazingly well run.

“The staff have made me feel welcome here and I’m excited to become involved in one of the best hospitality venues in the Scottish Highlands.”