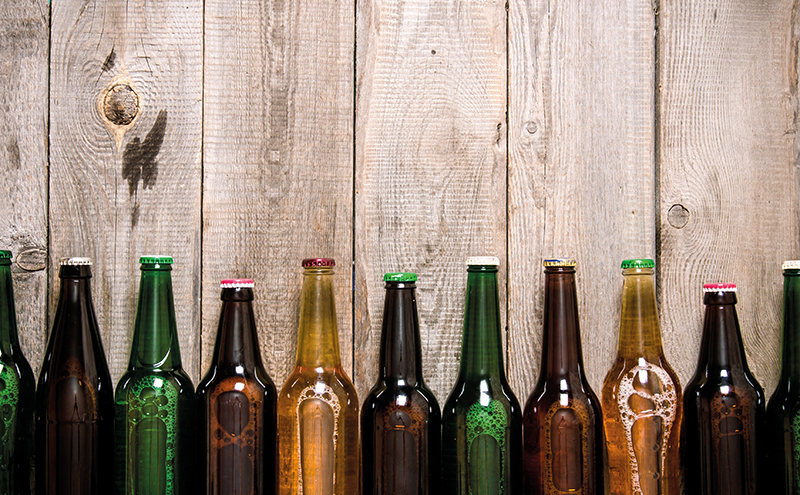 But when it comes to running a pub, leadership is not just about getting the best performance from staff, it is about maximising every square foot of a venue.

And this definitely extends to back-bar fridges and the bottled beers within.

While draught may be king, brewers and suppliers have said the market for bottled beer is significant and, with the right additions, can be a real revenue raiser for pubs and bars.

Scotland is second only to London in holding the highest value in craft as outlets create more space.

He said: “Within the Scottish on-trade, bottled beer is worth £139 million or almost 45 million bottles.

“Although draught outperforms packaged, the market is consolidating around two key areas; bars with craft as a key specialism – wide ranges, with increased rotation alongside some core favourites to maintain interest of a core group.

“The second area is within regular bars – where success is coming from having representation of craft in fridges, but having a large focus on well-known brands.

“Scotland is second only to London in holding the highest value in craft as outlets create more space for the craft demand – this shows real opportunity in the segment and one that outlets need to respond to.”

And in packaged beer, there is a demand for operators to regularly change their ranges.

“With over 1700 breweries in the UK and over a dozen different styles of beer it can be difficult for operators when developing a beer selection,” said Graham Archibald, Morgenrot’s sales director.

“The main lines will always be lagers, pale ales and IPAs but operators looking to stand out from the crowd have to offer something different.”

Having a mix of styles, brands and countries allows bottle ranges to stay exciting.

And the sheer number of different craft beers and the perceived quality of the products can help licensees deliver both variety for their customers and increased price points  for their tills, said Archibald.

“Craft beer can also help operators fetch higher prices compared to mainstream brands which allows them to attract more affluent customers, however you need to offer craft beer which helps you stand out from the competition.

“Having a mixed range of styles, brands and countries allows operators to keep their beer range fresh and exciting.”

And to help customers navigate a good selection of bottled beer, Keith Brewery’s director of sales and marketing, Andrew Chapman, reckons bars should market what’s on offer by introducing menus for beer.

He said: “Beer menus are becoming more popular. Wine, whisky and cocktail menus have been a staple of bar counters and tables for many years.

“Yet it is only recently that people are realising the potential of a beer menu, despite the UK on-trade selling over half a billion litres of beer in 2017.

“Menus can be arranged by brand, style, place of origin, etc and can address the issue of fridges that are not visible to customers.”