Demands for clarity on renewal process as deadline looms 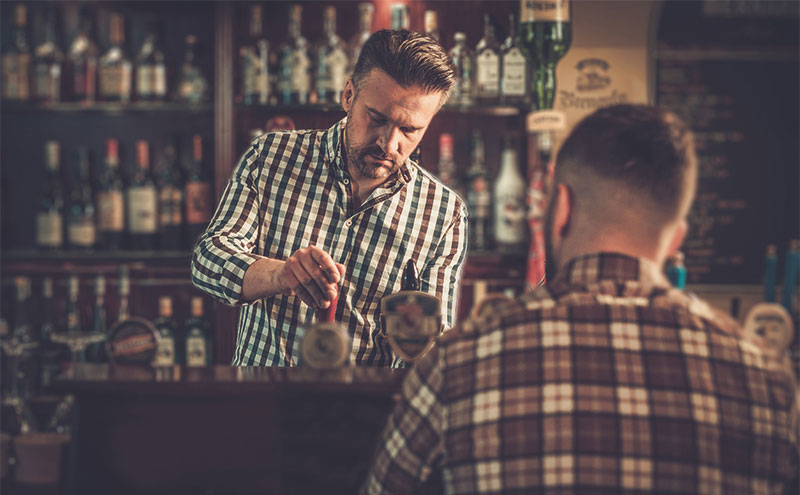 THOUSANDS of personal licence holders face ongoing uncertainty over the training requirements to renew licences with the deadline for applications just over 12 months away.

Licensing lawyers and training providers have hit out at the Scottish Government for not yet clarifying whether the personal licence holders (PLHs) required to renew their licence by September 1, 2019 will need to complete a full Scottish Certificate for Personal Licence Holders (SCPLH) course or refresher training. The first ‘batch’ of personal licences issued under the Licensing (Scotland) Act 2005 will expire on September 1, 2019 and PLHs affected must submit an application and training certificate between September 1, 2018 and May 31, 2019.

As reported in SLTN (September 28, 2017 and December 7, 2017) there have been repeated calls from licensing lawyers for clarity on the renewal requirements in order to avoid a “last minute panic”.

Lawyers and trainers have also criticised the timing of the Scottish Government’s review of the renewal process – and any resulting changes to the training spec – saying it should be pushed back until after the May 31, 2019 renewal deadline.

Licensing lawyer Janet Hood said with between 30,000 and 40,000 PLHs expected to have to renew their licences by September 1, 2019 – and, therefore, make the renewal application by next May 31 – the lack of information on training requirements is “outrageous”.

“I am shocked that this is happening,” she said.

“I’ve spoken to a couple of clerks, who are seriously concerned.

“I think if we don’t get this out there, the trade is actually going to get a kicking that it doesn’t deserve.

“We don’t know when we’re going to get the information about the new [training] spec.

“I intend to advise my clients to take no action [regarding] SCPLH renewal training until we have further information as to what is required.”

When contacted by SLTN, the Scottish Qualifications Authority (SQA) confirmed its accreditation unit “is currently liaising with the Scottish Government to ensure that the SCPLH qualifications are updated to reflect recent changes” in legislation.

A spokesman said the current SCPLH qualifications “are likely to be extended beyond September 30, 2018, and SCPLH holders will be informed of any changes, or new requirements, over the coming months”.

But Hood said clarity is needed now. “I’m trying to get as many people as humanly possible to write to the Scottish Government to say: this has got to stop until after May 31, 2019 – because if it’s not stopped it could just be a train crash for the trade,” she added.

Worrall of Twist agreed, saying that to consider changes to the SCPLH now is “not giving us enough lead time, etc. for our updates”.

Licensing lawyer Jack Cummins said: “The cloud of uncertainty that hangs over this process underscores the futility of this whole exercise.

“It would take a huge burden off the trade and local authorities if we simply stuck with refresher training and followed England and Wales and abolished the ten-year lifespan of personal licences.”

When asked for details of the training requirements for renewals, and the timescale of its review and any subsequent training spec update, a spokeswoman for the Scottish Government said: “The ten-year point will be reached some 17 months from now, in September 2019, and will have significant implications for the trade, lawyers and licensing boards.

“The Scottish Government is keen to ensure it operates smoothly and is working to set up contracts to undertake work in relation to the personal licence holder ten-year point. For example, we have commissioned MacRoberts and TLT to review the various legal and practical issues around the ten-year point, and provide recommendations to the Scottish Government on the practical implications of the ten-year point. This contract is now in place and we will consider these recommendations carefully.

“We expect that wider licensing stakeholders will be involved in this work. The Scottish Government will seek to ensure that any concerns about the operation of the ten-year point are effectively addressed.”

When SLTN sought further clarification about specific timescales and training requirements, the Scottish Government spokeswoman said: “Decisions are still being made on these issues. We will update stakeholders when we can. We also will work with relevant stakeholders on resolving these issues and providing clear advice. In doing this we will seek to take account of the needs and expectations the stakeholders and the trade in arriving at a workable approach.”