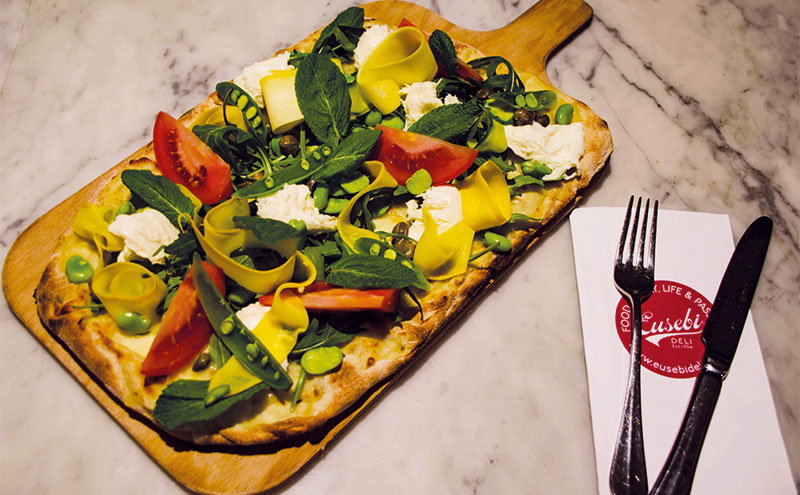 “In Rome, pizzas are elevated to a fashionista status. Bianco or Rosso – the colours refer to the main base topping; rosso for tomato and bianco for white cheese. Rome, like Naples, has its base street food pizza, made in large trays and sold by the slice – ‘al taglio’. In the last few years, the ‘Pinsa’ revolution has taken over the capital. The principal dough is made with four types of flour: soy, wheat, rice and sourdough. It is characterised by its oval shape and crisp edge. The test of a good Pinsa is you should be able to hold it up and it won’t flop.

“The Roman Pinsa is scientific; 72 hours in the making and has a PH value of 5.5. It’s not the healthiest non-bloat pizza for nothing!

“When in Rome… eat like a Roman. When in Scotland…make Pinsa!”