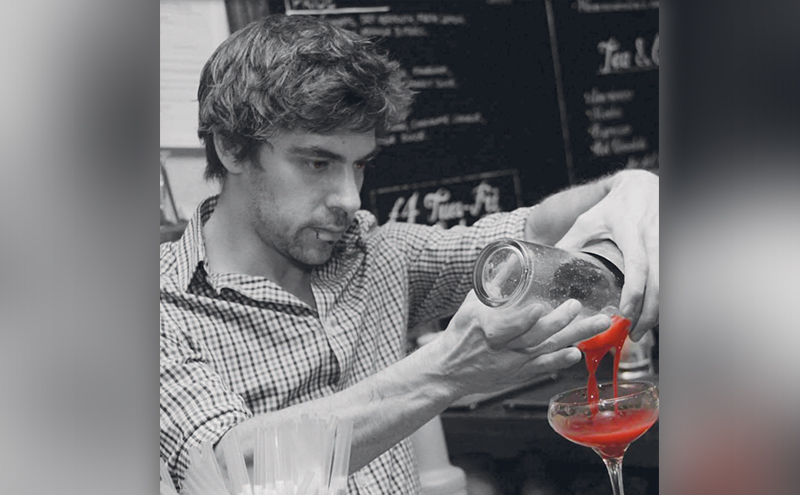 IT may not seem like it – with the ‘Beast from the East’ such a recent memory – but summer is just a few months away.

And with warmer weather just around the corner, venues across Scotland are already planning changes to their drinks lists to make sure they are well prepared for when the sun shines.

Operators told SLTN that it’s important to change things up in line with the seasons.

Grant Murray (pictured), a director of Inverness-based hospitality group Cru Holdings, which owns Bar One and Scotch & Rye in the Highland capital, said operators have to be ready to adapt their offers to the season as customers change their usual drinks for something better suited to the warmer days.

He said: “I think consumer drink choice is largely affected by the weather.

“Last summer we took on a fruit cider on draught, which no one else in the city had at that point and it sold like hot cakes because when it’s roasting outside not many people want a lukewarm IPA.

We find that reacting to the seasons and the weather is hugely beneficial.

“We find that reacting to the seasons and the weather is hugely beneficial.

“We’ll change our cocktail specials for summer too; aiming to provide more refreshing, bright and appealing drinks as they are very user-friendly and that’s usually the key to selling more.”

Hamish Loutit, premises manager of Glasgow craft beer and ale pub Inn Deep, said while his outlet is primarily a place for beer connoisseurs, the venue will be introducing fruitier flavours to satisfy shifting tastes over summer.

He said: “We don’t make wholesale changes based on seasons at Inn Deep but we do try and get in options that will cater better to the weather and we find that fruit and sour beers are the best way to do that.

“We see peach and strawberry beers selling really well over the summer and we’ve actually just put on a tangerine sour ale, which should suit the season too.”

Sweet fruit flavours were said to be the preferred option across the board.

“The order of the day is usually lighter, more refreshing and citrus-led flavours,” said Sam Baxendale, co-owner of Edinburgh cocktail bar Kin, which opened in November.

“Flavours that guests may have discovered whilst on holiday usually come into play here as we try to recreate a sense of escapism for our guests.

The order of the day is usually lighter, more refreshing and citrus-led flavours.

“Things that we think may excite people going forward are fresh, umami garden flavours such as green pea and sweet cicely.”

He said: “Anything with exotic fruits is usually popular.

“Bright, tart drinks with refreshing summer flavours will always be on the go.”

And when it comes to getting the word out about new summer additions to a drinks list, the use of social media has become crucial for pubs and bars.

“Right now, social media is absolutely imperative to us,” said Baxendale of Kin.

“We are concentrating on good word of mouth and social media for our marketing.”

He said: “We have been using Facebook and Instagram for a while but have been finding Snapchat really useful recently.

“You can have a bit more fun with it and it feels a lot more personal to the consumer on the end because you’ve chosen to send it to them, rather than a post on other apps where you kind of need them to stumble across it.”