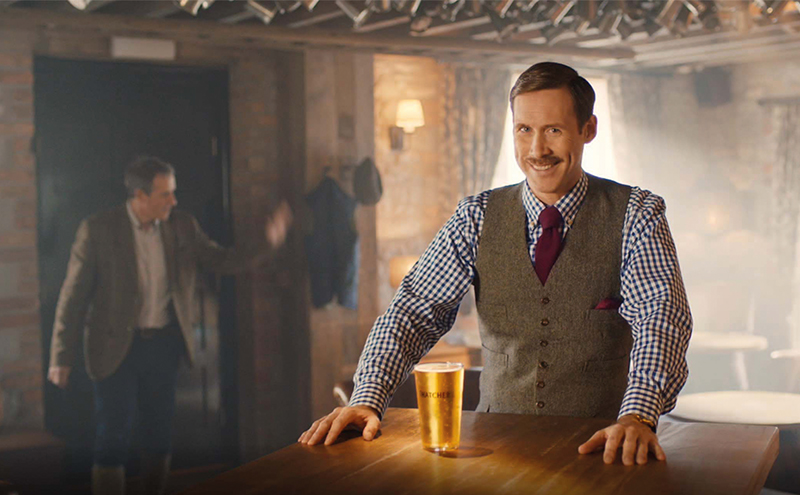 SOMERSET-based cider maker Thatchers has launched a series of short films that will run throughout spring and summer to emphasise its “uncompromising” approach to the quality of its cider.

Forming part of its Hot Air Balloon TV campaign, the series of 15 second and six second mini adverts, which feature the characters originally introduced in the TV commercial, take a look at life on Myrtle Farm through the eyes of the brand’s comedic ‘spokesman’, out in the orchards and in the local pub (pictured), and features those at the centre of Thatchers’ cider making process, including Martin Thatcher and chief cider maker Richard Johnson.

Maintaining the ‘What Cider’s Supposed to Taste Like’ strapline, the campaign aims to emphasise the quality of Thatchers Cider.

The full length Hot Air Balloon TV ad was filmed in Somerset last year, and alongside TV, Thatchers is said to be supporting its brands via a campaign which includes outdoor advertising, PR, events and social media/digital campaigns.