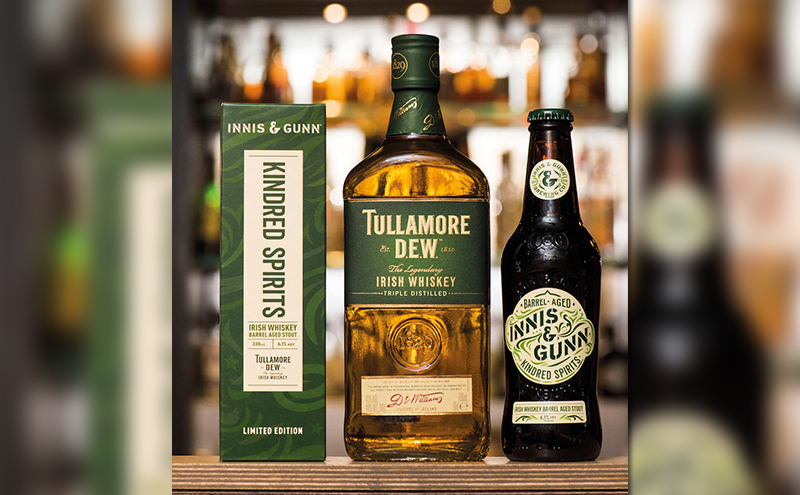 THE result of some cross-sea cooperation has seen a new limited edition stout created by a Scottish brewer and aged in Irish whiskey barrels.

Kindred Spirits has been released by Edinburgh-based Innis & Gunn, after the firm was provided with barrels by William Grant & Sons-owned distillery Tullamore Dew, resulting in a barrel-aged stout said to combine the best qualities of the two producers.

The 6.1% ABV stout has notes of dark chocolate and coffee alongside hints of vanilla and oak.

Dougal Sharp, Innis & Gunn’s founder and master brewer, said: “A brew that is greater than the sum of its parts, Kindred Spirits is a celebration of the best of Scots and Irish craftsmanship.

“And in our partnership, using our unique barrel into beer ageing process with Tullamore’s legendary Irish whiskey barrels, it has sparked the creation of an exciting and unique flavour-packed alternative to the usual stouts.”