As the trade gears up for a great opportunity, it’s time to think about the beers on offer 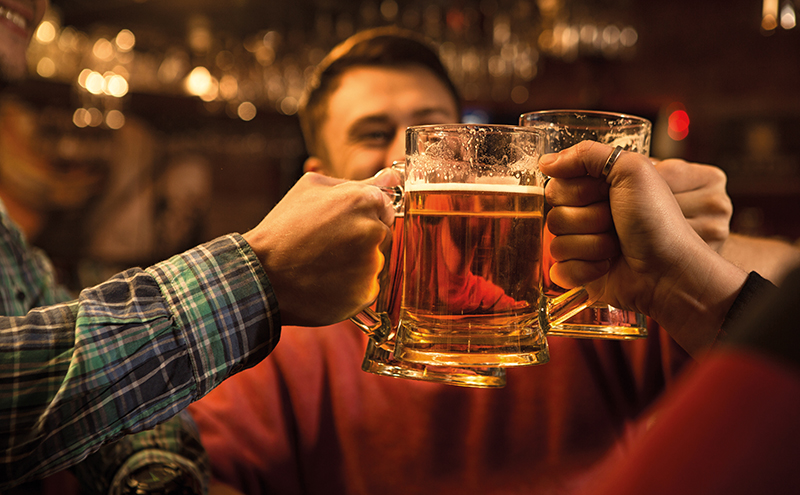 WITH the Six Nations reaching its crescendo on March 17, it seems there’s a red-letter day in store for the on-trade as the crucial final three fixtures of the competition take place on St. Patrick’s Day.

While the day of Ireland’s patron saint is always one the trade can capitalise on, the timing could create a big day for beer in the Scottish trade.

All the action kicks off at 12.30pm as Scotland take on Italy, after which many Scottish fans are likely to get behind the Emerald Isle as the Irish travel to Twickenham to face England in the next game. The competition comes to a close that evening as Wales host France.

And with this year’s World Cup on the horizon too, drinks firms told SLTN that a good range of sessionable and world beers can see takings rise on days when international sport takes precedence.

In order to fully capitalise on March 17, Katerina Podtserkovskaya, head of activation for the on-trade at Guinness parent company Diageo GB, said highlighting the fact St. Patrick’s Day falls on a Saturday and coincides with the final weekend of the Six Nations ahead of the date will help to drive footfall.

She added: “St. Patrick’s Day is a natural footfall driver for the on-trade, providing consumers with a unique and memorable on-trade experience which ultimately leads to total category growth.

“Licensees can make the most of the occasion by planning well in advance and stocking up on must-stock premium variants and a wide range of best-selling brands.”

With a longer dwell time expected in pubs and bars on St. Patrick’s Day – and on other days this year when there’s plenty of sport to go around – Simon George, Budweiser Budvar UK’s managing director, said stocking a range of premium, lighter beers will be a hit with fans planning to spend a considerable amount of time in licensed venues.

“There is a definite tendency towards more ‘session’ beers around sporting occasions and lagers tend to dominate in this space,” he said.

“With rugby-supporting drinkers, quality is often king with ABV also playing an increased role in consumer decision making – a premium lager is a perfect fit.”

As the tournament ends, and with the World Cup in Russia set to take centre stage in the summer, Andrew Chapman, Keith Brewery’s director of sales and marketing, said customer interest in beers from around the world should grow.

He said: “International tournaments like the Six Nations allow you to push brands and international beers that you may not generally stock.

“The consumer is also likely to be open to trying new products when pushed correctly.”

The importance of having a good range of lager, and in particular international lager brands, was stressed by David Mee, head of sales Scotland at McEwan’s owner Marston’s, who said this style remains the giant of pubs.

“Lager is still the biggest volume and cash generator in the on-trade and is the most important product any bar can stock,” he said.

“Although standard lager has seen a 2% decrease, total lager is up 2%, however this is being driven by ‘world lager’, in particular Mediterranean lagers.”

And throughout the scrum of rugby fans and combined pageantry of the Six Nations and St. Patrick’s Day, Mee urged licensees not to forget about the potential offered by craft and world beers.

He said: “Demand for ‘craft’ has seen a huge increase over the past two years, up 28%, albeit from a small base, and the value increase of 19% shows that consumers are willing to experiment. Getting the right balance from world lager and a craft offering is key to making sure you appeal to the biggest audience possible.”

And when trade staff are pushed during the busiest of times, Chapman of Keith said outlets should consider offering packaged beers to reduce serving time.