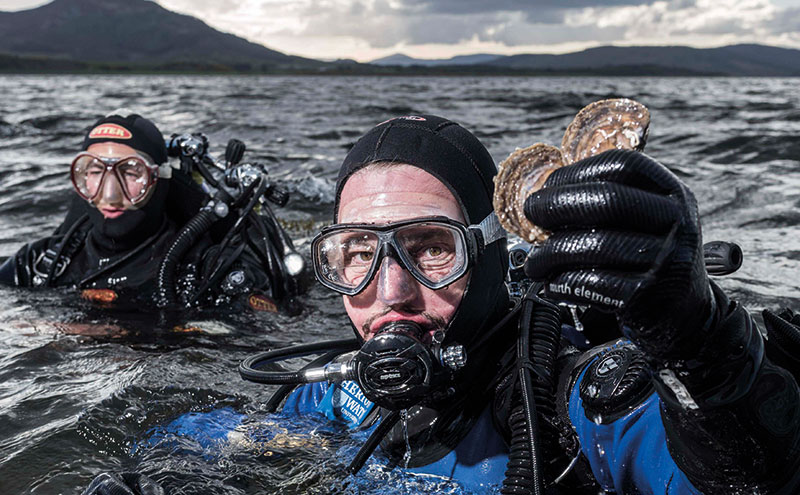 THE team at Glenmorangie distillery has scooped a number of environmental awards for its work to restore native European oysters to the coastal waters around its Highland home after a century’s absence.

The distillery, together with partners Heriot-Watt University and the Marine Conservation Society, pioneered the Dornoch Environmental Enhancement Project (DEEP), which saw oysters returned to the Dornoch Firth 100 years after they were wiped out by overfishing. It is hoped that the efforts will enhance biodiversity and, with oysters renowned for their ability to purify water, also act in tandem with the distillery’s new anerobic digestion plant.

In recognition of its efforts, Glenmorangie was presented with the Hydro Nation award for its work in water treatment at the Scottish Environment Business Awards; The Luxury with a Heart accolade, at the Walpole British Luxury Awards, for its aim to enrich marine habitat; and The Corporate Award at the RSPB’s Nature of Scotland Awards.