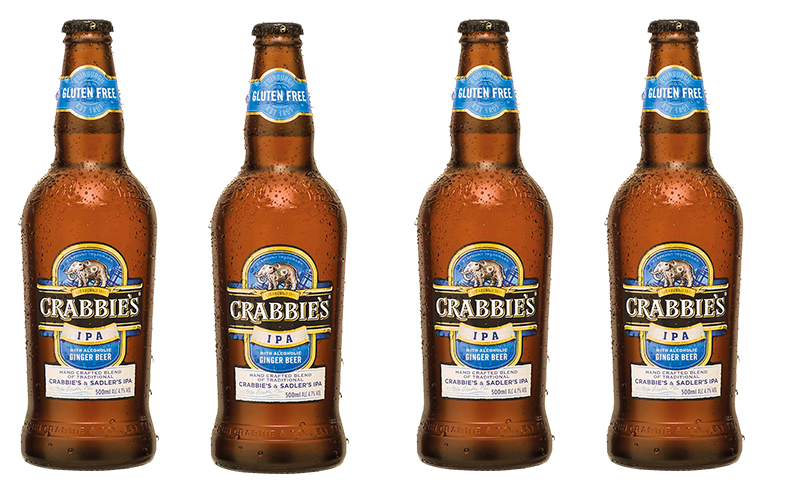 THE firm behind Crabbie’s alcoholic ginger beer has stepped into the craft beer category with a new ginger IPA hybrid.

Claimed to be the first of its kind, the recipe, which is a blend of Crabbie’s Alcoholic Ginger Beer and a Red IPA from Sadler’s Ales, is described as having a “deeply, fruity flavour from the hops, with a fiery kick of ginger”.

Naturally gluten-free, the 4.7% ABV IPA is the first edition in Crabbie’s newly formulated The Crafty Ginger Collection; the range is set to grow further this month, with the launch of a Crabbie’s Stout.

The release of the Crabbie’s IPA also signals the introduction of a new bottle design. The new look, which will be implemented on the brand’s 330ml and 500ml bottles, “dials up the brand’s craftsman credentials”. Anja Weise-O’Connor of Crabbie’s said introducing the first ginger IPA “is a bold and exciting move that we’re confident will be beneficial for the on-trade”.