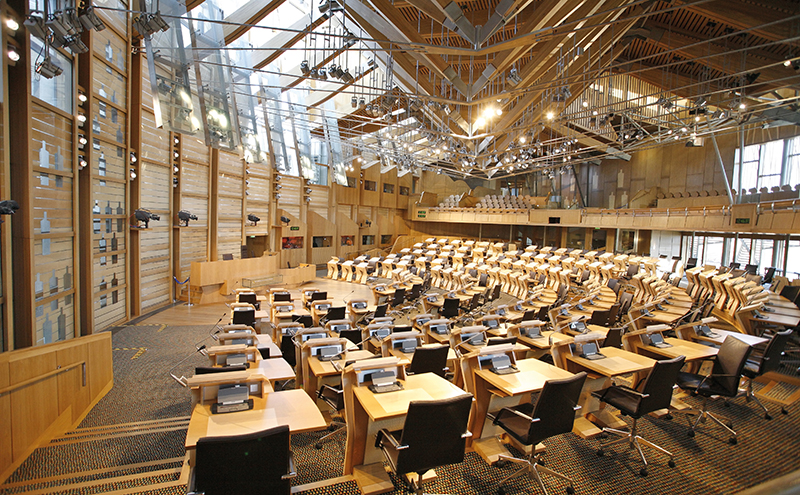 VIOLENCE against bar and retail staff could soon result in heavier sentencing after a Labour MSP announced he would bring a Member’s Bill to address the issue before the Scottish Parliament.

The Bill, proposed by Daniel Johnson, MSP for Edinburgh Southern, would protect workers involved in the sale of age-restricted products (such as alcohol or tobacco) by charging those who attack them with a more severe offence, raising the crime to aggravated assault – a form of protection currently given to police officers and paramedics.

“For too many working in shops and bars, violence has become just ‘part of the job’,” said Johnson. “That’s not an acceptable position, and my proposal aims to change that by providing stronger protections for those workers.

“The Bill seeks to capture not just those workers who are actually selling age-restricted items, but also those other workers who enforce those laws such as door staff.

“This proposal is supported by both the workers and the businesses who all accept there is a problem that needs solved.  I hope that my colleagues across the parties in Holyrood will give this proposal the support it deserves to improve protections for workers.”

Johnson will begin consulting on the proposal within the next month, however groups working with the on-trade in Scotland have already expressed support for the Bill.

A spokesman for the Scottish Beer & Pub Association (SBPA) said the organisation backed the move.

“The SBPA welcomes Mr Johnson’s consultation and is supportive of further measures to help protect staff,” he said.

“It is unacceptable for anyone to receive abuse, verbal or physical for implementing the law. It is important to continue to send the message that it is not acceptable and we hope that Mr Johnson’s consultation will help send that message.”

Security firm SecuriGroup also endorsed the Bill. A spokesman for the firm said: “SecuriGroup would be a supporter of the introduction of legislation which would help protect staff and the public who visit licensed premises.”

The Scottish Government pledged to consider the proposal, while the shadow cabinet secretary for justice, Conservative MSP Liam Kerr, indicated to SLTN he may support the move.

“It goes without saying that no worker should ever fear for their safety as they go about their job,” said Kerr, who also sits on the Cross Party Group for Beer and Pubs. “That’s as true of shop and bar workers as it is employees of the emergency services. It may be more effective to ensure those guilty of assaulting workers are dealt with severely to deter others from behaving in a similar way in the future.”