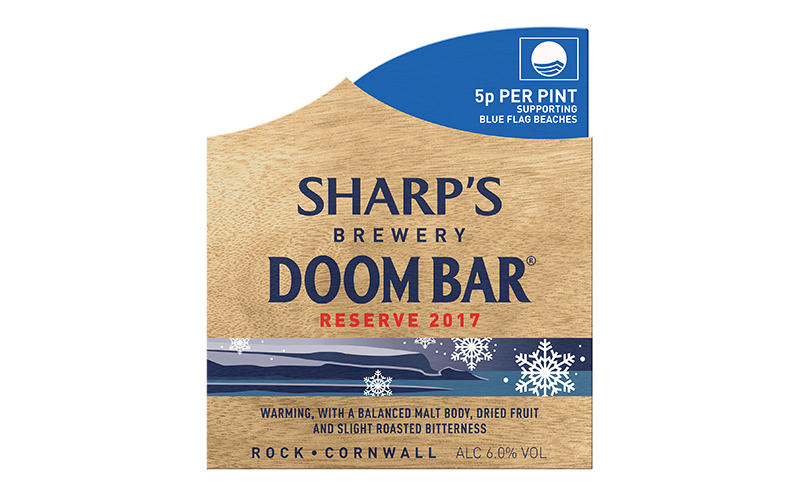 MOLSON Coors-owned brewery Sharp’s has released a seasonal beer in time for Christmas.

Described as having a spicy aroma and a malty sweetness, Doom Bar Reserve is a 6% ABV version of the brewery’s flagship Doom Bar ale.

It is available to on-trade customers until December 31.

Beer sommelier at Sharp’s Brewery, Ed Hughes, said: “This limited release has all the balance of malt and hops that Doom Bar offers, but amplified for a more intense taste.

“We’d recommend pairing it with a cut of rich meat.”