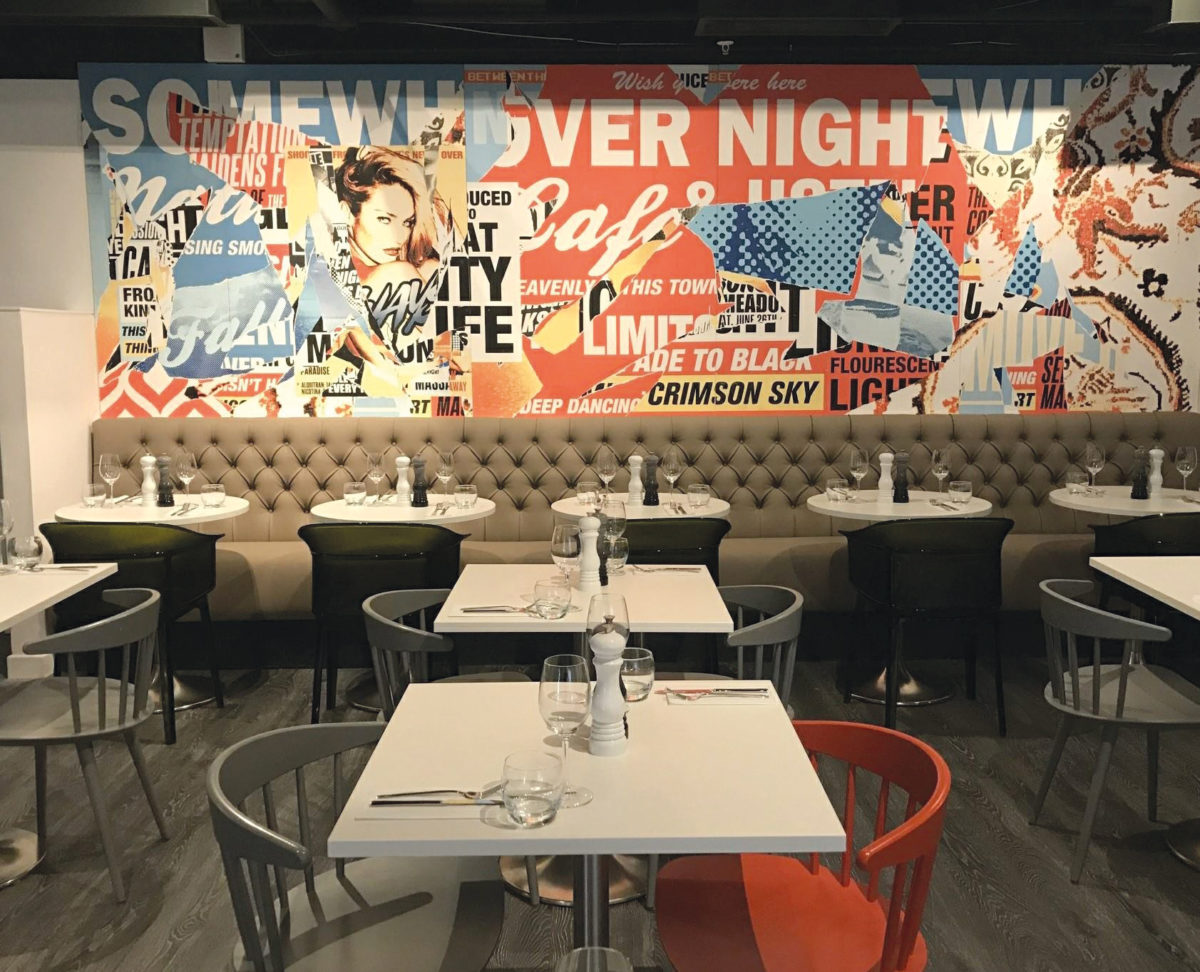 WHEN husband and wife team Alistair and Kerry Prow first met in Glasgow’s Princes Square 11 years ago, they had no idea that, over a decade later, they’d be right back where it all started – only this time as their own bosses.

Kerry was managing two Terence Conran restaurants, Zinc and Etain, in Princes Square when then student Alistair joined the team part-time – and from there, everything changed.

After their time working for the Zinc Group, Kerry and Alistair spent short stints at Glasgow’s One Devonshire Gardens and Metropolitan, respectively, before spotting their own restaurant opportunity in 2008 in Dollar.

Engaged by this point, the couple decided the time was right to “stay in the food and drinks industry but step out of hospitality and have a bit more of a family life,” Alistair told SLTN.

“So we did that and it was fantastic,” he said.

I was reading SLTN and saw the advert, called Kerry, and she was like – ‘that’ll work!’

Having first taken over a deli in 2008, which they refurbished into a restaurant and rebranded as Dollar’s Delicatessen, in 2015 the couple expanded and took over The Vanilla Pod, which they traded as the Bridge Street Kitchen.

Having kept a close eye on developments in Scotland’s cities, the pair “had that city head on” when approaching both Dollar outlets, according to Alistair.

But craving the city pace once more, they decided to sell their Dollar businesses to take on a larger, city-based outlet. 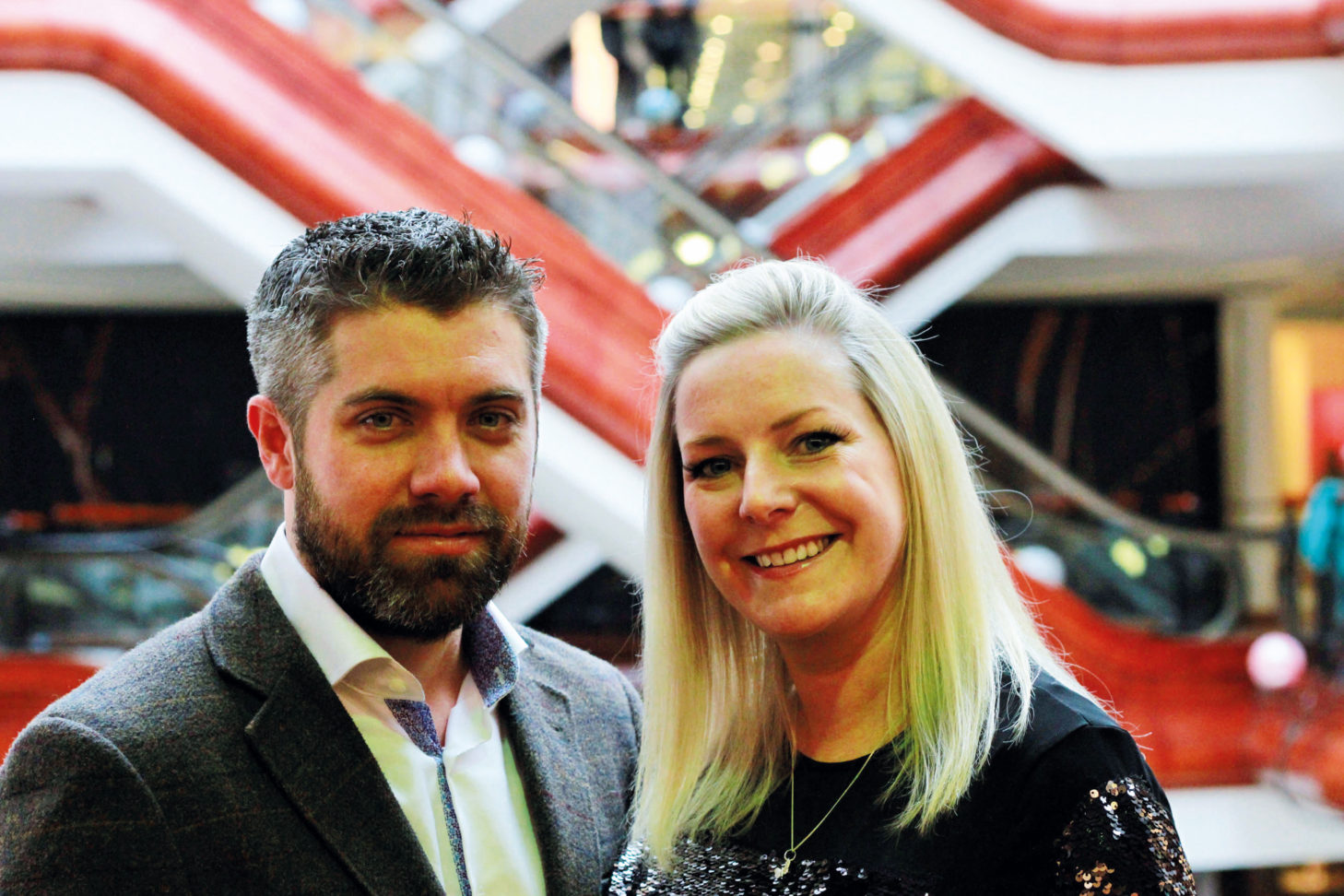 And it was while leafing through an issue of SLTN in Dollar that Alistair spotted an advert for the perfect restaurant, in Princes Square.

“I was sitting going through a stack of mail in the restaurant, and SLTN was sitting there, and I was seeing what was going on and at the back was the advert for here,” said Alistair.

“I called Kerry, sent her a photo and [said] what do you think? And she was like ‘yeah, that’ll work!’”

“It felt like home to us; it’s where we met, so it was like bringing us full circle.”

Alistair and Kerry took on the unit, which formerly traded as Buzzy Wares, as well as the adjoining vacant space to create Epoch.

Chief amongst the changes to the site was the installation of a new, more central bar to connect the two units, as well as reworking the raised seated section to the right of the space in order to create “something a bit more workable”, according to Alistair.

Working with designer Peter Nelson, who was also behind the design of their previous ventures, Alistair explained that they wanted Epoch to offer something a bit different.

“We wanted quite an unusual space – there’s a lot of art,” he said.

Despite the extra space, the couple did not extend the capacity on the licence – instead, Nelson was given carte blanche to fill the additional area with art, as well as free-standing seating, which can be moved at a moment’s notice to cater for all manner of events; Epoch has already played host to a dance night, drinks receptions and a pop-up fashion event.

Elsewhere, an eye catching mural, designed by artist Charlie Anderson, features on the fixed seating side of Epoch.

It felt like home to us; it’s where we met, so it was like bringing us full circle.

The food offered at Epoch also offers something different.

Its menu is all about “sharing food, sharing experiences, and creating new ones”, according to Alistair.

Facilitating this is Epoch’s head chef, Andrew Greenan, who previously ran the Glasgow branch of Martin Wishart’s brasserie, The Honours, with his wife, as well as working under Paul Tamburrini at One Devonshire Gardens.

Alistair said he and Kerry are “really pleased” to have Andrew on board.

“He’s got a classically trained background but he’s got some really cool ideas and really follows the food trends,” he said.

“[So] although we’re not delivering fine dining, we’ve got a fantastic team in the kitchen who’ve got a fine dining background.

“So the quality is there, but it’s in a cool, relaxed atmosphere.”

And while the focus now is establishing the restaurant’s customer base, Alistair and Kerry foresee Epoch as a brand that could be replicated elsewhere.

“We called ourselves Epoch Glasgow, so [the next one] may be Edinburgh, or London.”