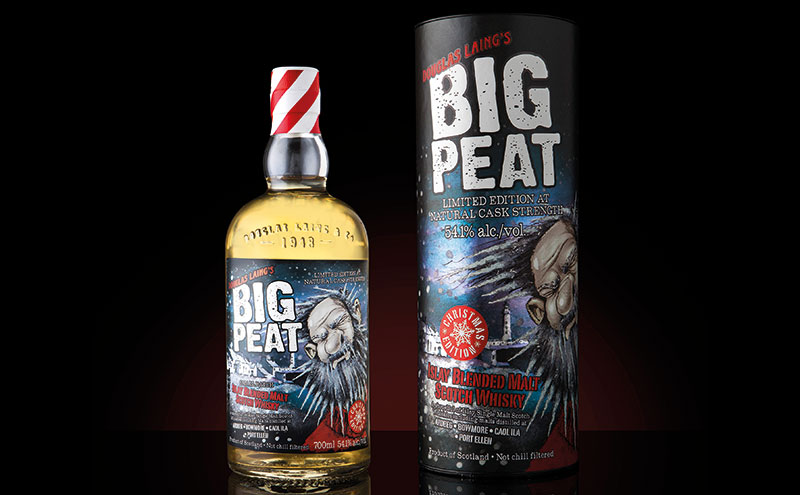 This year’s release, bottled at a natural cask strength of 54.1%, encompasses seven single malts from Islay – home of the Big Peat character. Described as a “smoky blast that delivers the ultimate taste of Islay whisky”, the vatted malt is bottled without colouring or chill-filtration in line with Douglas Laing’s philosophy to bottle Scotch whisky “as natural as it gets”. The packaging, meanwhile, shows Big Peat bracing a blizzard battering his Islay home.

Douglas Laing MD and creator of Big Peat, Fred Laing, said: “Big Peat is in the midst of his busiest year ever with numerous special bottlings, including his commemorative release for Feis Ile 2017 and multiple exclusive bottlings for some of his key markets across the globe. His demanding schedule continues with this latest release, which contains a unique recipe encompassing seven of his favourite single malts from Islay, honouring the seventh Big Peat Christmas edition.”

Something for the moderate drinker