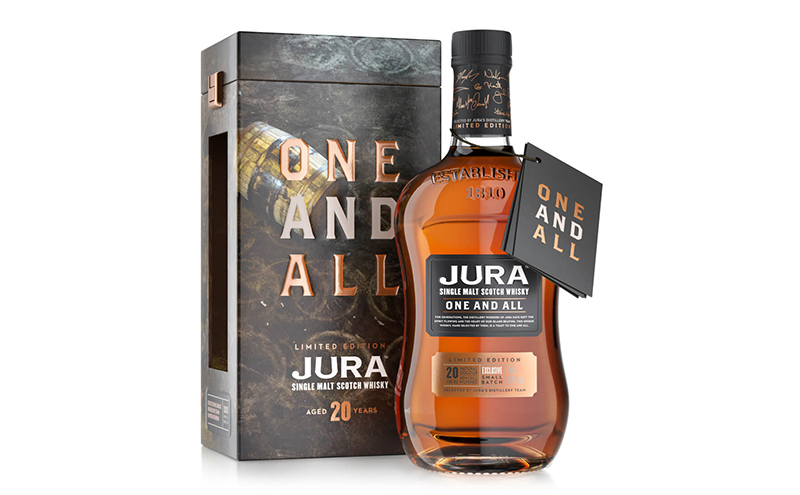 A NEW expression of Jura single malt whisky that celebrates the island’s community and distillery workers has been released.

Selected by the distillery workers – and fittingly named One and All – the limited edition 20 year old single malt expression, which is non-chill filtered and 51% ABV cask strength, raises a glass to the distillery team and the island community.

Graham Logan, distillery manager, said: “There’s no better way to mark the distillery team’s dedication and craftsmanship, than by creating a limited edition expression in their honour – chosen by them.”