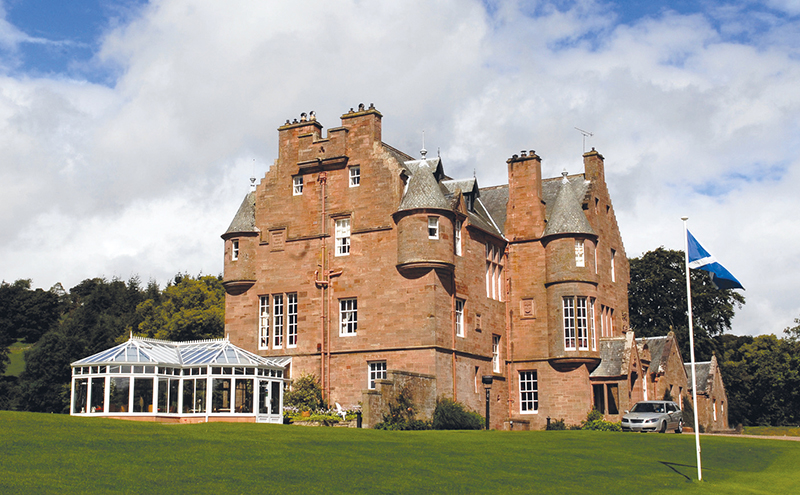 A COUNTRY house hotel in the Borders is said to be piquing the interest of potential buyers already.

Public areas in the property, which was built in 1861 for the Wolfe Murray family and became a hotel in 1971, include a bar, restaurant, garden room and conservatory overlooking the grounds, which include woodlands, a 400 year old walled garden and a Dutch-styled parterre garden.

A “large parcel” of land is said to offer potential for development and there have been plans made for a new letting block, although there is said to be space for luxury lodges or a spa to be created in the grounds.

Located just 20 miles from Edinburgh, the hotel is a superb base for visitors.

Current owners Johanna and Jacob van Houdt, who have carried out significant refurbishment of the hotel and its grounds since acquiring it in 2003 and now plan to retire, said they are keen for the hotel to be taken on by a “purchaser who sees the potential in this impressive country house”.

Stuart Drysdale, associate director at Christie & Co, which is marketing Cringletie House Hotel with an asking price of £2.15 million, said: “Cringletie House is a superb example of a country house hotel.

“Located only 20 miles from Edinburgh, it is a superb base for visitors to enjoy a country estate in relaxed surroundings.

“We have had strong initial interest from international buyers and I look forward to marketing this impressive property.”