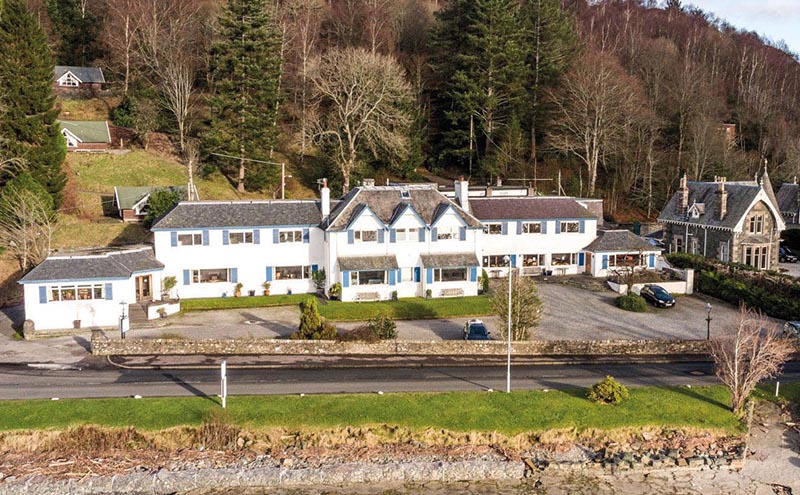 ARENOWNED hotel situated on the edge of Loch Earn in rural Perthshire is set for a shake up after being taken over by experienced hotelier Susan Stuart.

The Four Seasons Hotel in the scenic village of St Fillans was sold through Colliers International at the request of Andrew Low, who had run the business since 1999. During his stewardship, Low built up The Four Seasons’ reputation, earning an 82% AA 3 Star grading and two Red Rosettes for cuisine.

Returning to her native Scotland from London, new owner Stuart has outlined a plan to bring in hospitality graduates and prioritise staff development to ensure the hotel’s continual development.

Set within two acres of private grounds, the property includes 12 letting rooms, restaurant, bar and lounge facilities with six detached chalet lodges to the rear of the hotel.

Significant owner accommodation is also included in the form of a five-room flat.

There is also extensive staff lodgings.

Alistair Letham, a director in the UK hotels agency team at Colliers, said: “The Four Seasons Hotel is a very well-known and quality destination hotel in a beautiful and sought after part of Perthshire countryside. The business had been maintained very well over the years, sustaining its quality gradings for accommodation and food. The business is well established and Susan Stuart, with her own experience, will no doubt add to the existing custom.”

While the purchase price was not revealed, Colliers confirmed it was close to the asking price of offers over £795,000.