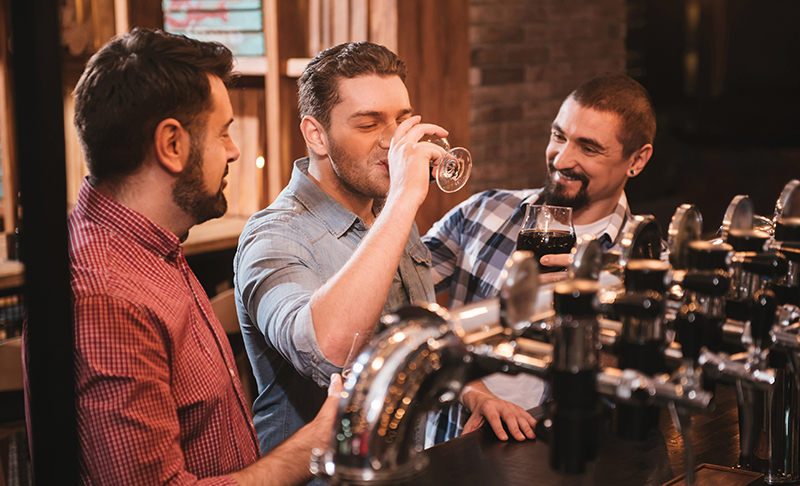 THE Scottish Government’s long-running struggle to introduce minimum unit pricing (MUP) reached a climax last week when the Scotch Whisky Association (SWA) and two other parties (whom I’ll collectively call the appellants) mounted their final challenge in the Supreme Court.

The SNP has always insisted that the establishment of a floor price is absolutely essential to tackle problem drinking fuelled by alcohol sold at “pocket money prices”. Currently, it’s possible to buy 22 units of alcohol – three litres of white cider – for £3.50. A minimum unit price of 50p would see the cost soar to around £11.25.

It’s difficult to quarrel with a measure that would achieve that sort of result.

But in the run up to the two-day appeal hearing, amid a tornado of publicity generated by MUP supporters, the measure suffered an identity crisis as some lobbying efforts began to move away from hazardous drinking of low-cost products towards claims that alcohol poses a much wider risk to the whole population, with claims that MUP was needed to cut cancer rates.

And, earlier this year, Canadian professor Tim Stockwell spoke on a Youtube video about how alcohol-related cancer could be prevented through MUP, similar to the taxation of tobacco and sugary drinks.

Back in May The Sun newspaper carried a headline, “Wine ups cancer 9%” – an assertion amounting to an obscene distortion of risk.

Of course, the attempt to characterise alcohol as “the new tobacco” has become very familiar; and, after all, compliance or otherwise with EU trade law was at the heart of the MUP appeal.

So why should we bother to be pay close attention to those developments?

That might well be a very constructive step that has helped a legion of smokers to quit a dangerous habit.

But if alcohol also poses a substantial health risk it’s easy to see that a minimum unit price of 50p is likely to head steeply north.

Case for higher alcohol pricing is moving away from protecting problem drinkers.

The first justification will be that the price was set five years  ago and in the meantime Scotland’s relationship with alcohol has worsened. For evidence of that sort of claim, you need look no further than a Guardian newspaper headline (July 24) claiming that UK alcohol-related deaths are “soaring”.

In fact, according to the Office for National Statistics Scotland “has seen the fastest reductions in mortality in recent years”.

We’ll also be told again that alcohol sales continue to rise – but the latest figures show that they’re at their lowest level since the mid 1990s.

Aidan O’Neill, QC for the appellants, identified this approach in his closing submissions to the Supreme Court.

He referred to the policy memorandum accompanying the Alcohol (Minimum Pricing) (Scotland) Bill when it was introduced to the Parliament in October 2011. It painted a generally positive approach: “building a healthy and sensible relationship with alcohol” would be pivotal in “creating a more successful country” and “for many people that relationship will remain balanced, positive and enjoyable”. MUP would tackle the section of the population whose relationship was “damaging and harmful”.

But as O’Neill pointed out, we’re now told that there’s no safe level of consumption – not even with the guideline amount.

So, I reckon the case for higher alcohol pricing – and further restrictions on retailing – is moving away from protecting the socially-disadvantaged problem drinkers, because, if it has dangerous carcinogenic properties at any level of consumption every alcohol consumer becomes a problem drinker.

The whole population is at risk. Not just alcohol abusers wrecking their livers on their off-sale purchases – but anyone who dares to raise a pint to their lips.

And if MUP crosses the finishing line, the health campaigners’ tanks won’t grind to a halt – and we’ll be at the start of a slippery slope that brings bad news for the whole trade.