Licensees should remain vigilant as milestone event gets underway 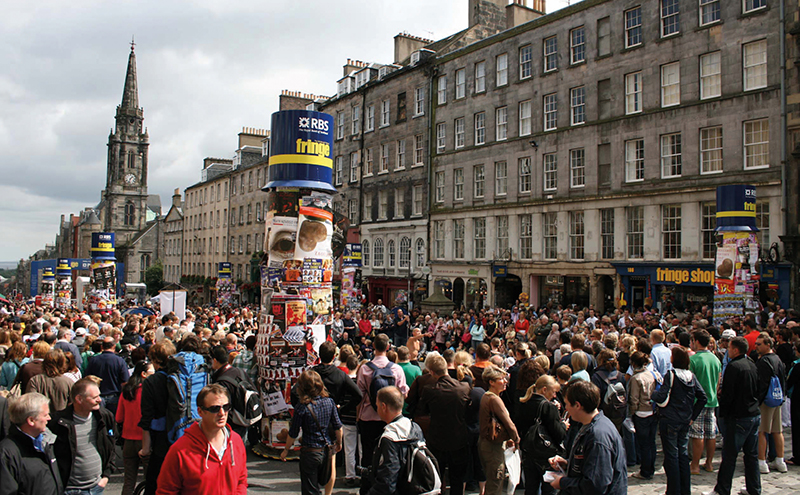 PUB and bar operators in the Scottish capital have been advised to remain vigilant as this year’s Edinburgh Festival gets underway.

As the city is set to be flooded with up to 400,000 festival-goers in the 70th anniversary year of the event, which kicks off tomorrow (August 4), Police Scotland has announced heightened security following this year’s terror attacks in London and Manchester.

Allan Burnett, operations director at security firm SecuriGroup and the former co-ordinator of counter terrorism in Scotland, said licensees and on-trade staff should stay vigilant throughout the 24-day event.

He said: “It is probable that the threat level from international terrorism during the Edinburgh Festival will remain at severe, which is defined as ‘an attack is highly likely’. What is clear is that there is no room for complacency, but it is also important that the joy of the festival continues.

“The festival occupies many iconic sites, and will generate crowds both in venues and out in the streets.

“Security will be working with the event organisers, the police, and other emergency services to keep people safe.”

Burnett said those attending or working during the festival should view government advice online on what to do in the event of a terrorist attack, as well as follow police guidance to be ‘alert not alarmed’.

Police Scotland confirmed that firearms officers will be deployed as part of its festival policing strategy this year.

Superintendent Lesley Clark from Edinburgh division said: “Edinburgh is a very exciting and vibrant place to be during the festival, with hundreds of thousands of people attending the range of events and activities taking place over the coming month.

“With such an increase of people within the city it’s really important that we have a visible presence within the city centre and across the capital to engage with the public, offer guidance on crime prevention and personal safety and deter any criminal activity from taking place.

“Protecting our communities is at the very heart of Operation Summer City and with so many people gathering in crowded places, armed officers will form part of the resources we deploy.”

Temporary anti-terrorism barriers have also been fitted throughout central Edinburgh by the UK government at Police Scotland’s request to prevent potential vehicle attacks in crowded areas.

A spokesperson for the Edinburgh Festival Fringe Society indicated increased security measures were warranted this year in light of the attacks in England.

“Every year we consult with the City of Edinburgh Council, ambulance and fire services, Police Scotland and counter terrorism security advisors to ensure our security measures and event plan are current and robust,” said the spokesperson.

“This year, and as with other major cities and events, a range of additional security measures have been installed in various locations across Edinburgh.

“Our priority and the priority of all the agencies and organisations involved in the Fringe is the safety and security of audiences, participants and staff.”