Dreghorn lessees off to a flyer with new pub, as Jack Walsh reports 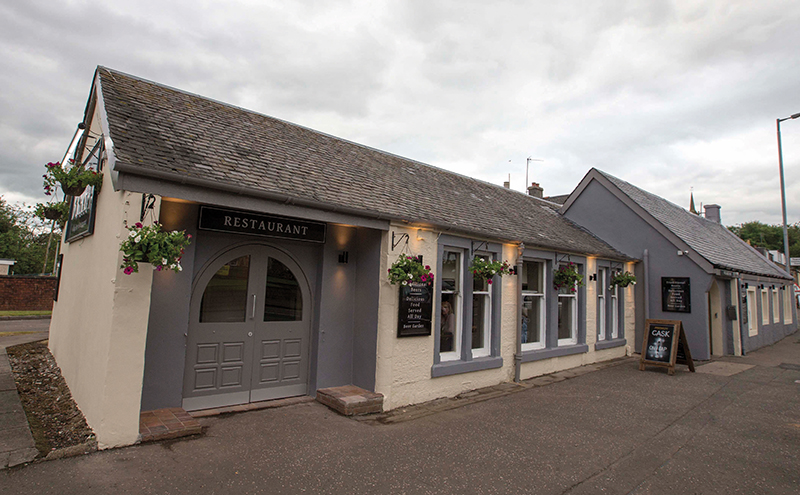 ALTHOUGH aptly named for its location, at the foot of a hill in the Ayrshire village of Dreghorn, pub and restaurant The Brae is only moving in one direction, having been successfully relaunched following a full-scale renovation.

With first-time lessees Iain and Emma Mason at the helm, the venue’s ascent should come as no surprise; the couple have 20 years of collective experience in the trade.

Iain and Emma have worked for various firms over the years; Iain has spent time with, among others, Costley & Costley and restaurant chain Frankie & Benny’s, while Emma most recently worked for SimpsInns at The Gailes Hotel in Irvine.

Following a brief hiatus from the trade to become full-time dog walkers two years ago, the Masons were ready to return to the trade – this time as their own bosses.

“I was a bit fed up of working for other people; we’d always said we’d wanted to run our own place,” Iain told SLTN.

So when the lease for the Punch-owned Dreghorn pub became available, Iain and Emma grabbed the opportunity with both hands. 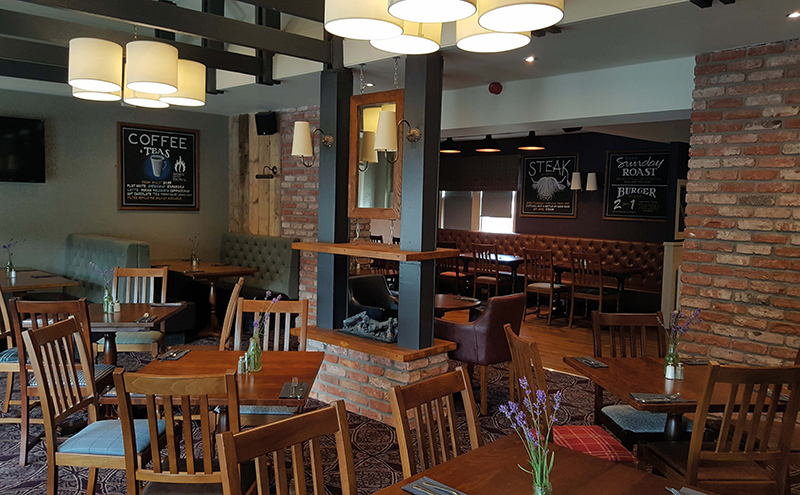 Formerly trading as the Annick Tavern, the unit had sat empty for over a year.

Undeterred, Iain and Emma could see its potential.

Previously operated on a wet-led basis, the Annick Tavern featured a large function room and a small kitchen space.

With no other restaurants in the vicinity, Iain and Emma spotted an opportunity.

“Food’s where you’ve got to go now,” he explained.

“We did say we wouldn’t run a wet-only pub unless we were in the city centre. Plus, our background is more restaurants than bars.”

After taking their vision to Punch, the £288,000 renovation got underway.

Iain noted that Punch was “very receptive” to the changes they put forward.

“We go hiking, we love going up north, and we love rustic old places,” said Iain.

“So we wanted something that was a bit more rustic, hence the wood and the brick.”

Iain and Emma worked with Gillian Morris of architectural firm Davidson Baxter Partnership on the design.

Donaldson Construction was tasked with the strip out, structural alterations and fit out, which was completed in six weeks between May and June.

Chief among the changes was the transformation of the function space into a 70-cover restaurant, complete with its own bar. Iain and Emma worked with Lecs Upholstery for the restaurant’s seating, which features a mix of fixed banquet seating and free-standing tables and chairs. 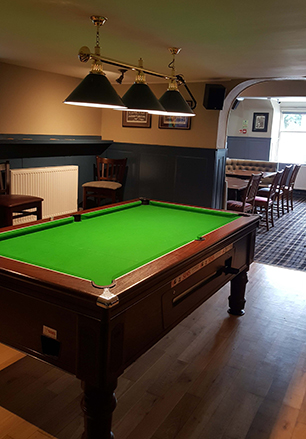 A pool table leased from Sims Automatics was another new addition to the bar side of the pub.

In the back, a new kitchen was installed to facilitate the food offer, while new flooring and general redecoration took place throughout.

The exterior was also given a new look. Forming part of the same building (a collection of miners’ cottages), the restaurant and bar were painted different colours (cream and grey) in order to differentiate them.

Another important point of distinction was the renaming of the business. While Iain admitted that “many were up in arms about us changing the name”, it was a necessary step in their bid to establish a “destination restaurant”.

Taking to Facebook to announce that the pub would reopen, Iain and Emma were overwhelmed by the response – with the page garnering 1000 likes in just 24 hours.

“We thought a couple of hundred folk would like it; we’re now up at 3500 likes,” said Iain.

Therefore, the couple decided to put their online following to use – and launched a poll that allowed locals to have their say in the new name.

“It was the people of Dreghorn that named it; they’ve got that sense of attachment to it,” he said.

Although the venue was renamed The Brae, the couple retained the ‘village bar’ title for the pub.

“Because it’s a small village, there can’t be too much upheaval – so we left that as a public bar,” explained Iain.

And it appears to have worked, with both the bar and restaurant having exceeded sales expectations since launch. Working with Punch for beer and cider, Booker for spirits, and Wine Importers for wines The Brae has a broad drinks offer.

It was the people of Dreghorn that named it; they’ve got that sense of attachment.

Alongside the mainstream drinks range, the Masons offer cask ales. With Stewart Brewing’s Edinburgh Gold the ‘house’ ale, and two other rotating taps, Iain said he has been both surprised and impressed with how well they are selling.

He reckons this is down to his 21-strong team of staff, who have been “phenomenal” and put their knowledge to good use.

The Brae’s staff have also been instrumental in promoting the ‘Tuck Shop’ cocktail range, which includes various retro sweets-based cocktails, such as the Candy Floss Martini and the Milky Bar Martini.

Specific attention has also been paid to the wines, with Wine Importers advising Iain and Emma on wine and food pairings; the dishes have so far been well received. 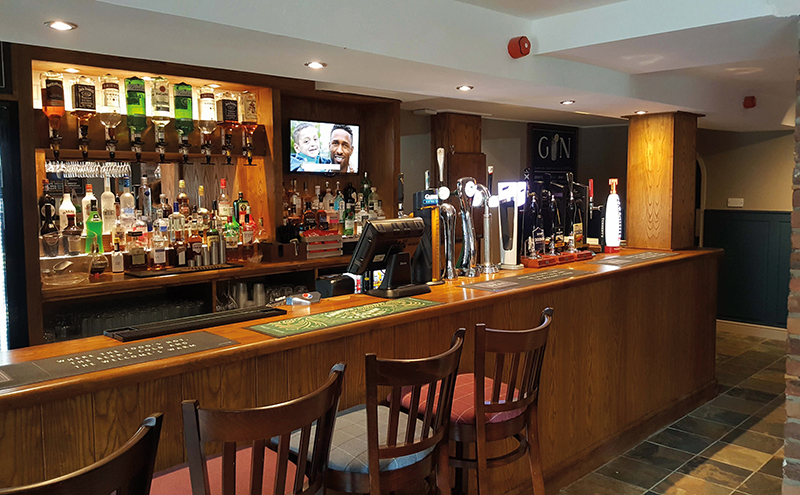 Working with J Pieroni & Sons of Ayr for fish and Campbells for meats, everything on the menu is freshly cooked, in keeping with The Brae’s Scottish theme.

With the food in high demand, Iain and Emma are already making plans to open for breakfast; they aim to work with local butcher J&A Quinn for their breakfast meats, and already have a deal in place with Inverness Coffee Roasting Company, which supplies The Brae with its coffee blends.

But the Masons refuse to stand still.

Iain reckons they’ve never been the type to shy away from exploring ideas, and want to keep The Brae busy at all times.

“The aim is to have stuff always going on,” he said.