STEEPED in the folklore of a classic Scottish night out, the kebab has long been the popular food of choice to round off a session of libation.

However, the idea of dining out on gourmet kebab is a concept yet to be fully explored by the Scottish population.

This is where the Avdyli family steps in.

The family opened its first eatery, Bread Meats Bread, on Glasgow’s St. Vincent Street in 2012 and has since expanded into the city’s west end and also to Edinburgh.

Having made a success of what director Luli Avdyli calls the “first journey” for the group, the family has launched new restaurant ‘Babs, dedicated to serving quality kebabs at reasonable prices.

Clearly not one to do things by halves, the family took over a former hairdressers on Glasgow’s West Nile Street and subsequently spent six months refurbishing the venue to give it a Mediterranean look.

The successful business odyssey had humble beginnings for Luli, who grew up 1500 miles away in Kosovo.

He said the Avdylis’ desire to open a gourmet kebab restaurant stemmed from their experiences growing up and holidaying in the region, trying similar food.

In the late 1980s the family experienced a great combination of Mediterranean styles and flavours, which has clearly influenced its new venture.

This blending of different food styles made it difficult to place where individual dishes came from, said Luli.

“It’s like the Turkish coffee we serve,” he said.

“It’s normally known as Turkish coffee but if you go to Greece they call it Greek coffee and I’m sure if you went to Bosnia they would probably call it Bosnian coffee.” 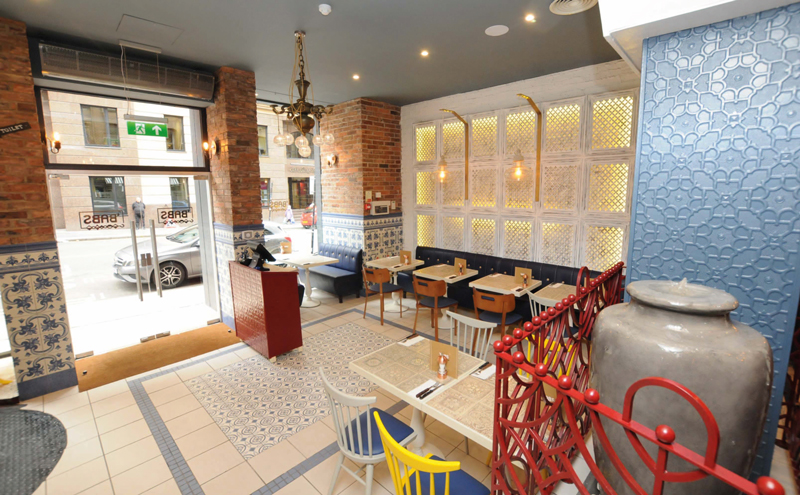 The menu undoubtedly points to the culinary crossover; there’s a chicken shish in the traditional Turkish style, the Greek souvaki and Italian spiedini.

This brew of southern Europe is ostensible in the remodelled outlet too.

Continuing its relationship with city design studio Arka, which had worked with the family on Bread Meats Bread, the Avdylis set about making their idea for a gourmet kebab venue a reality.

Luli said his family was extremely keen to get its vision executed perfectly, saying everyone wanted to have an input in how the place looked.

“Our family all gets heavily involved in deciding how we want the place to look,” he said.

“We are the type of people, when we sit down with the design team we give them a very in-depth idea of what we want; from there we start work together.”

The front entrance area of the two-level venue is designed to imitate a Mediterranean courtyard, using light colours with water features on either side of a central column with two adjoining arches, suggesting warmer climes and al fresco dining.

On the raised level the larger but more intimate seating area of the 60-cover restaurant is a vibrant mix of Greek and Italian styles.

Luli said the design concept for the venue was to be “bright, clean and comfortable” as the team aimed to create a relaxed and welcoming atmosphere where diners would feel at ease.

There is more than a hint of creative originality about the Avdylis.

The family made all the venue’s tables themselves using ceramic tiles sourced specifically for the restaurant.

Luli explained: “We wanted something that couldn’t be copied and again, like ‘Babs’ concept, it’s not something you usually see. If someone comes in and copies us at least then we can say we did it first.”

The family had initially planned to open the venue in May but was delayed by a month; Luli said this was down to rigorous preparations for the opening. 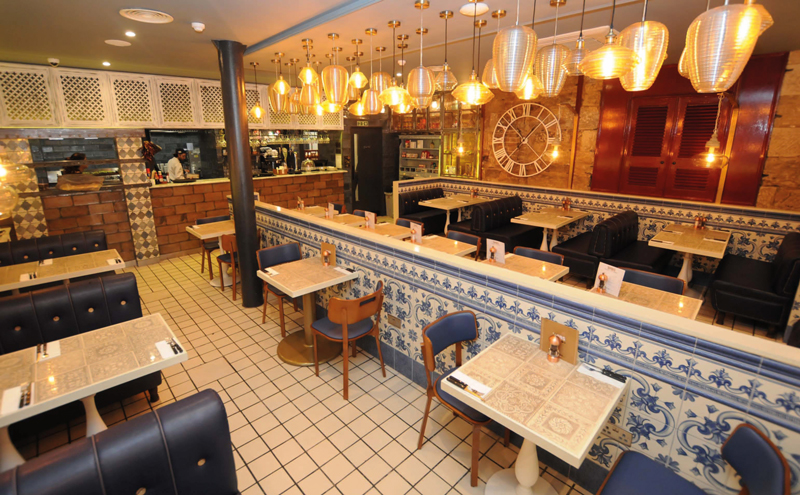 “We had to make sure it was perfect,” he said.

“We are not going to be arrogant but we were confident about ‘Babs. We wanted to make sure we delivered the product properly because it’s a new concept. We were training for weeks before we opened the doors.”

Certainly no stone has been left unturned in the pursuit of perfection; family trips to the European kebab hot-spots of Athens, Istanbul and London were undertaken to ensure the group gained as much insight into the cuisine as possible.

The rigorous preparation and research has evidently paid off.

The opening of ‘Babs has been well received by the city with lunchtime proving particularly popular with local office staff and foodies keen on trying something distinctive, said Luli.

The restaurant’s meat is supplied by Rodgers Butchers, which is based on Byres Road and supplies ethical and local Scottish seasonal produce.

And the outlet’s main supplier is Dunns Food and Drinks, which has been working with the Avdylis “since day one of Bread Meats Bread for whatever we need”, said Luli.

“It’s only fresh meat we use in ‘Babs, the only reason we have a freezer in here is to keep ice cream in – it’s the same as Bread Meets Bread.

Everything is made fresh, meat arrives every day and is used fresh that day.”

In the engine room of the kitchen a Robata charcoal grill takes centre stage.

“It’s definitely worth it for the flavour though.”

Paying tribute to his family members, brother Yuan (fellow director), sisters Lulja (‘Babs manager) and Lirlie (HR manager) as well as her husband Ylli (executive chef) and their employees, Luli said: “It’s not top secret what makes a good restaurant. We are happy to have quite a lot of talented people here working with an element of freedom.”

The family is experiencing success after years of hard work but there will be no standing still; treading water is the same as drowning to some operators.

“We always had in our minds this idea because in Glasgow at this moment there is nothing similar,” said Luli.

“We had been keen to do something like this for the last two years but wanted to concentrate on Bread Meats Bread first.”

“We have four restaurants now and hopefully we’ll get a couple more. We’ve not stopped expanding Bread Meets Bread, without a doubt we’ll open more, but we would love to open another ‘Babs.”