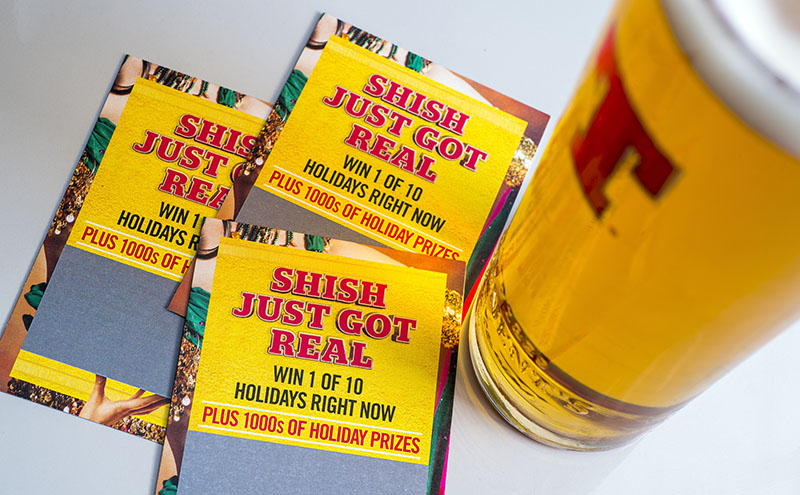 TENNENT’S has launched an on-trade summer promotion which will give pub customers the chance to win a range of prizes – including free holidays.

The scratch card promotion, titled ‘Give us a Break’, will see cards distributed to pubs across Scotland. Staff in each participating outlet will give one to every customer who buys a pint of Tennent’s.

Each card contains a unique code, which the customer enters into the Tennent’s website to find out if they have won a prize. Top prizes include ten holidays to locations including Thailand and Jamaica, as well as prizes such as beach towels, neck pillows and luggage tags.

The activity, which launches on July 31 and runs until September 30, will also see a branded holiday passport photo booth visiting pubs across Scotland, which will offer further opportunities to win holidays. The in-outlet activity forms part of the wider Tennent’s Lager ‘Here to Serve’ campaign, which launched earlier in the summer.

Fi Leonard, customer marketing manager at Tennent’s, said: “Our new ‘Give us a Break’ promotion gives drinkers the chance to win a prize, simply by purchasing a pint of Scotland’s favourite Lager. By partnering with Lastminute.com, 16 fabulous holidays are up for grabs, across the scratch card and photo booth activations. As well as holidays to top destinations, consumers have multiple opportunities to win limited edition Tennent’s summer accessories – this summers must have items.”