Appeals against rateable values must be lodged now

IT won’t court much controversy to say that this year’s update of non-domestic (or business) rates has been a mess, if not an outright disaster. 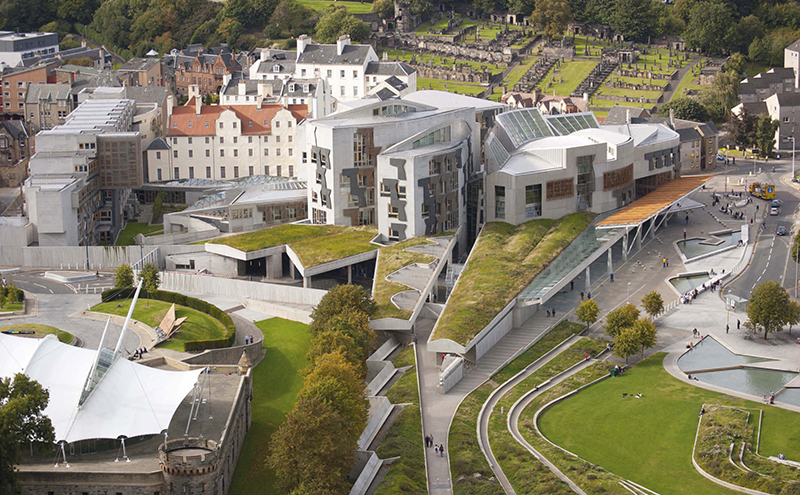 When new rateable values were first made public at the beginning of the year there was uproar around Scotland from licensees who had seen their rateable values increase by, in some cases, several hundred per cent.

At first, the Scottish Government pointed its finger squarely at the assessors who performed the ratings revaluations and provided the new rateable values.

Then government spokespeople pointed out that local councils, which collect business rates, have discretion to provide rates relief if they wanted.

Finally, when the mainstream media picked up the story – with headlines about the danger facing Scotland’s hospitality industry and the possible political fallout – the Scottish Government stepped in.

Finance secretary Derek Mackay announced a one year cap of 12.5% on business rates increases (with inflation this is actually 14.75%).

What wasn’t initially clear was that licensees would have to apply to their local council in order to obtain this cap.

Without applying, they will be liable for the full business rates increases, whether that is 3% or 300%.

“The ratepayer needs to submit an application; the relief is not granted automatically,” said Martin Clarkson of Gerald Eve.

“Some councils have only just released their application forms.”
In fact, the late announcement of the cap has caused problems across the country, according to Louise Daly of Colliers International.

“Because of the way that the ‘reprieve’ was brought in – reactively and at the last minute – we are already in a situation where some local authorities were unable to update their systems fast enough and businesses have seen their first direct debits go out at the higher rate,” said Daly.

While some will find the process of appealing for the cap inconvenient, rates specialists have said that in the longer-term the rateable value of a business – the hypothetical rental value of each property, which determines the business rates charged to each pub, bar, restaurant or hotel – is a far bigger concern.

Business owners have until September 30 to appeal against their rateable value and surveyor firms advised licensees to do so immediately, if they haven’t already.

It’s important to note this is a stop gap lasting for 12 months.

This is because, unless the Scottish Government decides to change the business rates system in the coming months, licensees will be required to pay the full rate from next year.

Douglas Lambie of Ryden said: “The cap on business rates rises for the hospitality sector is a welcome relief to those faced with a significant rates increase. However, it is important to note that this is a temporary stop gap lasting for 12 months only.

“This could result in a licensed trade operator paying the full amount of their rates bill for at least four years before the next revaluation is done.

“I recommend all licensed trade businesses lodge an appeal before September 30 to minimise the risk of being faced with an unreasonable rates demand.”

With the clock ticking, licensees unhappy with the rateable value of their property were advised to employ the services of a specialist to handle their appeal.

“If you have not already appealed, take advice from a rating specialist immediately, and if they advise that an appeal is recommended, follow that advice and agree terms with them for acting on your behalf,” said Andy Boal of Shepherd.

“More frequent revaluations would result in a more stable system preventing large swings in assessment. The current valuation roll is effective from April 1, 2017 which is seven years since the last. In Northern Ireland there is an attempt to move to a three yearly revaluation cycle to assist ratepayers.”

“The main underlying issue concerns the assessors valuation scheme. It focuses solely on turnover and unfairly penalises those operations where gross profit margins may be low, or where the operator incurs high operational costs to achieve the turnover on which the assessor has based the rateable value.”

“Changes to the rates relief regime would seem long overdue. The current regime can be confusing and appears, in some instances, to be archaic and no longer in keeping with changes in society. The system of empty property relief is, in our opinion, not fit for purpose and should be changed.”

“When doing so, make sure that you are consulting with a specialist from a respected firm of chartered surveyors affiliated to the Royal Institution of Chartered Surveyors.”

This was echoed by Adam Brooke of Dunlop Heywood, who said: “Pubs and hotels are a specialist sector which usually employs the receipts and expenditure method for rating valuation.

“Make sure that the expert chartered surveyor engaged has a proven track record within the relevant sector and with the receipts and expenditure method of valuation.”

The importance of working with those with a proven track record in the industry was also stressed by Clarkson at Gerald Eve.

“Ideally rate-payers should engage property professionals, chartered surveyors with experience in both rating law and practice but also of the hospitality sector,” said Clarkson.

“Beware of any ‘advisors’ seeking up front payments.”

Daly, of Colliers International, succinctly summed up the case for working with an experienced professional.

“It is not in the assessors’ interest to make this system simple, so seeking the help of a professional is recommended,” she said.

With the one-year cap applied for and rateable value appeal lodged, what happens next is anyone’s guess.

The Barclay review group – which was set up to investigate the business rates system in Scotland – reports to Scottish Government ministers later this month, but what the group will recommend and how long Holyrood will take to adopt any changes it does suggest, if any, remains to be seen.

At the moment, it seems likely that many business owners that faced higher rates in April this year will face them again in 2018.

“At the end of the 12 month period, operators will face paying their full rates liability,” said Billy McKaig of WYM Real Estate.

“At this stage if they have not submitted a rates appeal, their right to do so will be lost – with the prospect of large rates bills until the next revaluation in April 2022.”

And, as Boal of Shepherd pointed out, there may not be quite the same political pressure on the Scottish Government to act next year.
“It would seem to be in the power of the Scottish Government to extend the transitional relief period, though the political imperative to act might well not be as pressing as it was when the new rateable values became public in late 2016/early 2017,” said Boal.

This would seem to reinforce the importance of appealing higher rateable values now, while there is still a chance to reduce rates bills under the current system.

Failure to do so, according to Steven Dalton of Montagu Evans, “may result in overpaying your rates liability until the next revaluation, anticipated to take place in five years’ time”.

“At the very least, by lodging an appeal, you will be able to ensure you are paying the correct level of rates,” said Dalton.