A FORMER newsagent in the Lanarkshire town of Uddingston has been transformed into a steakhouse following a £200,000 revamp. 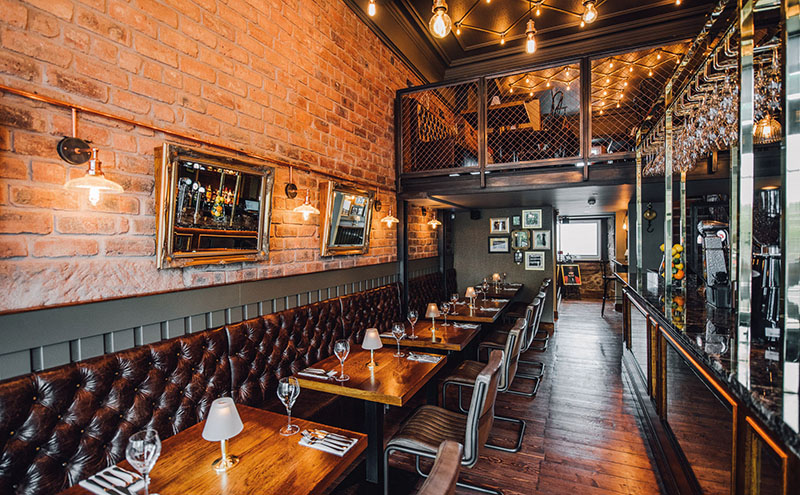 Cocktails & Steaks, which was at one time a traditional tobacconist store, is the brainchild of local family the Cowleys – Florence Cowley and her children Anthony Cowley (property development director at Manorview Group) and Renee Smith – who bought the Main Street unit in July 2015.

Described as “upmarket but inviting”, the interior of the new venue is said to feature a number of “interesting touches”, including a “spider-like chandelier”, black and white photos of butchers and a portrait of Daniel Day Lewis as Bill ‘The Butcher’ Cutting from Gangs of New York.

“We’ve put a lot of thought into everything, from the décor, to the menus, the service and all the little unique touches,” said Renee.