A ROOFTOP extension offering “breathtaking views” over Glasgow will be the jewel in the crown of a new city centre aparthotel. 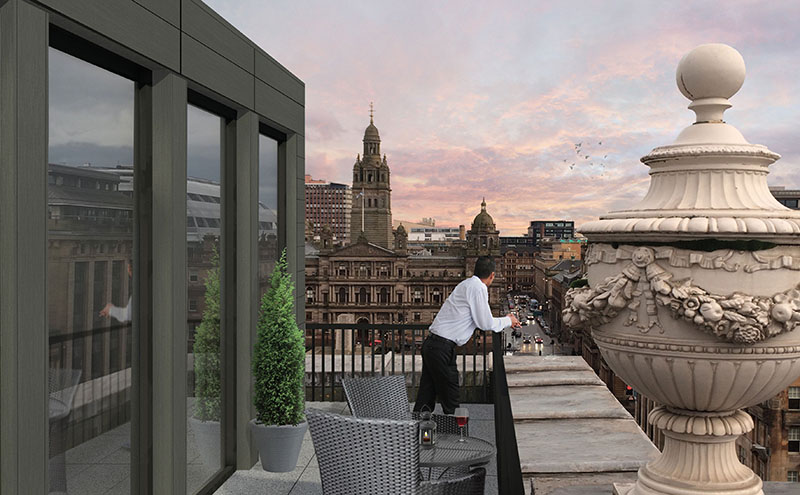 Further details of the plans to transform the A-listed Anchor Line building on St Vincent Place emerged after construction services company ISG was awarded the £5.5 million contract to convert the 110 year-old property, whose ground and basement floors are home to the Di Maggio’s Restaurant Group’s Anchor Line bar and restaurant and Atlantic bar and brasserie.

In February, the Di Maggio’s Restaurant Group, which owns 28 outlets across Scotland, revealed plans to transform the building’s upper floors into a 64-room aparthotel.

The development, which is due to be completed next spring, will marry many of the property’s original features, which include glazed tiles, terrazzo flooring, timber wall panelling, safes and fireplaces, with luxury fittings and the single-storey recessed rooftop extension.