ORKNEY single malt Highland Park has been given a new look intended to underline its Scottish and Scandinavian heritage.

Part of a “complete re-imagining” of the brand identity, the new packaging for the 12 and 18 year old whiskies is designed to reflect the single malt’s Orkney Islands home and the history of the islands, which is said to stretch back to 800 AD when they were owned and ruled by the Viking kingdoms of Denmark and Norway.

The wider bottle features embossed glass and a metallic label with a contemporary logo, while the carton carries an embossed metallic illustration of the ancient Viking lion and dragon legend alongside the statement ‘Made with Pride on Orkney’.

Despite the changes to the packaging, the whisky profile of Highland Park’s 12 and 18 year old single malts is said to remain unchanged. 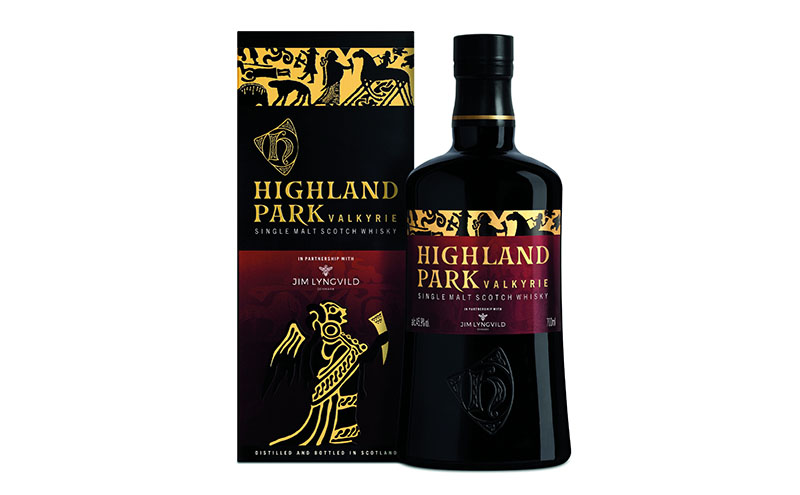 “The inspiration for the design came from an ancient ‘Stavkirke’ (wooden church), a World Heritage site in the tiny Norwegian village of Ornes,” he said.

“The wooden church is heavily decorated with extensive and ornate wood carvings which we thought would look amazing on a glass bottle. The result is a beautiful, heavily embossed bottle featuring an illustration which depicts an ancient Viking legend of a lion locked in an enduring battle with the forces of evil in the form of serpent-like dragons.”

The first in a series of three Viking Legend releases, Valkyrie was created by master whisky maker Gordon Motion and is said to have smoky notes due to the incorporation of more heathery peated malt, resulting in a whisky which the distiller said represents a “slight departure from our core 12 year old whisky”.