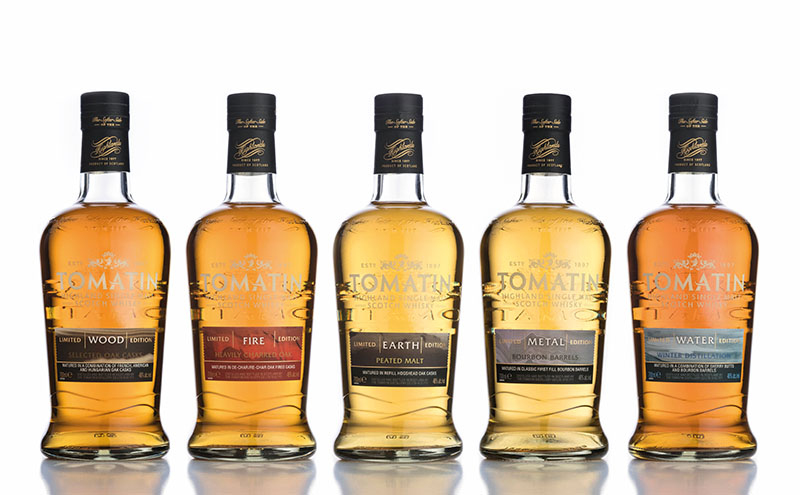 Each Virtue is said to draw inspiration from a different natural element and is named accordingly, including: Wood, Fire, Earth, Metal and Water.
Wood has been aged in French, American and Hungarian oak casks; Fire is matured in heavily charred oak casks; Earth is aged in peat-dried malted barley casks; Metal is expressed by the distillery’s 12 copper stills; and Water is said to be distinguished by its pure soft water from the Alt-na-Frith burn.
Jennifer Masson, Tomatin marketing manager, said the series focuses on the “effects of different cask maturations”.

A golden time for whisky in bars

Opposite sides of the same coin