THE team behind blended Scotch whisky brand The Famous Grouse has raised a glass in celebration of its successful partnership with the Royal Society for the Protection of Birds (RSPB). 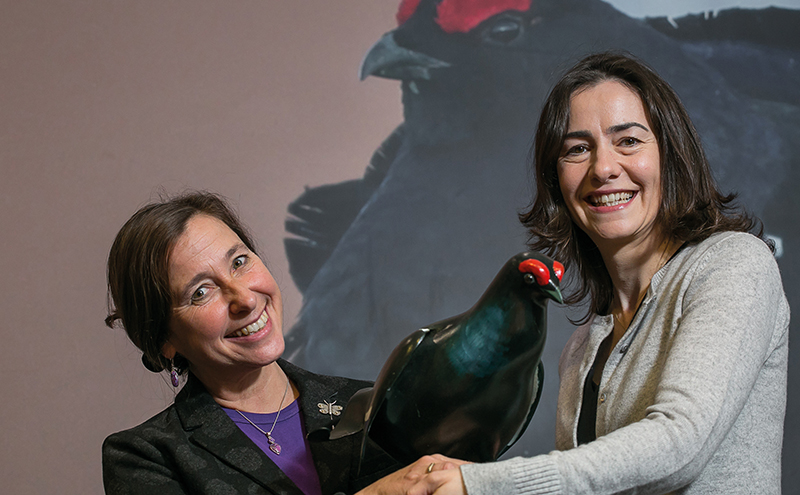 Since 2008, the whisky brand has been fundraising for the charity and has now reached the milestone of £600,000 in support of British wildlife.
The Famous Grouse partnership first got underway as part of the launch of The Black Grouse variant, with a commitment to donate 50p from the sale of every bottle in the UK to the charity.

At the time of the launch, grouse numbers were critically low in the UK, landing the species on the red list of conservation concern. Over the last nine years, there has been a “welcome upward trend” in population numbers of black grouse across RSPB reserves in northern Scotland.
Suzy Smith, marketing director for The Famous Grouse, said the team is “proud of our partnership with RSPB and are thrilled to have reached this fantastic milestone allowing us to help support the terrific work the charity does”.
“When we launched The Black Grouse whisky it was agreed that 50p from the sale of every bottle in the UK would be donated to the RSPB for the duration of the three-year partnership to fund black grouse conservation across four reserves: Inversnaid and Corrimony in Scotland; Geltsdale in the north of England; and Lake Vrynwy in Wales,” she said. “Over time more reserves also benefitted from the partnership support, including Abernethy near Aviemore, and The Crannach on Deeside.
“It was a significant achievement to break the £100,000 mark by 2010 and we are proud to have continued to work with RSPB and to have now raised over £600,000.”
Stuart Housden, director of RSPB Scotland, said donations from The Famous Grouse have “helped improve grouse habitats across 85,000 acres of nature reserve land, supported the planting of 185,000 native trees and the mowing of 30 hectares of heather”.
“The fund has also helped purchase the Crannach nature reserve – a woodland and upland area on Deeside within the Cairngorms National Park,” said Housden.