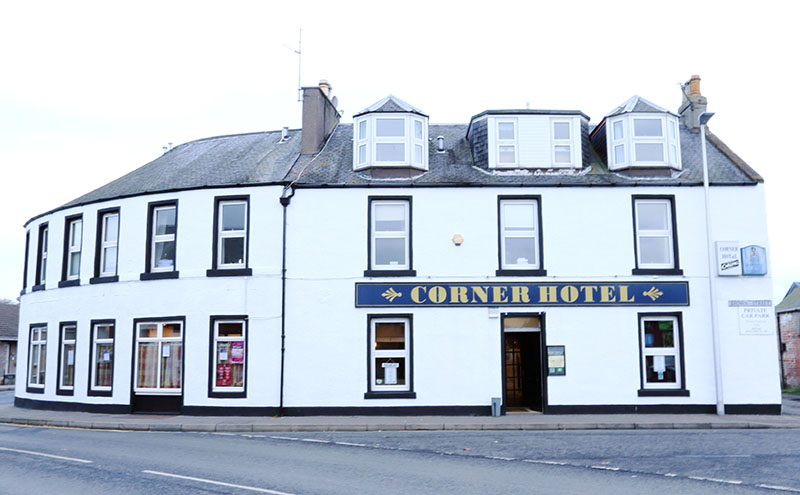 A HOTEL which is said to be a popular haunt of the golfing fraternity frequenting the Angus town of Carnoustie has come on to the books of Seymour & Co.
Said to benefit from those visiting the area to play golf as well as spectators attending The Open Championship, the Corner Hotel is described as a “very successful” town centre business.
The Open is said to bring a “significant windfall” for businesses in the area, according to Seymour & Co, which claims that the Corner Hotel has, in the past, been booked out for television crews.

The town benefits from The Open Championship.

The hotel has a busy public bar, a ‘snug’ bar and a 35-cover restaurant which has an “excellent reputation for good quality Scottish cuisine” featuring locally-sourced produce.
On the accommodation side, the hotel comprises ten recently-redecorated letting rooms with either private or en suite facilities.
The property agent said the revamp has “significantly improved room occupancy but the vendors believe that higher rates are feasible with continued focus on the marketing of the hotel online”.
Seymour & Co, which is marketing the hotel with a price tag of offers over £650,000, said the sale offers operators the chance to trade in one of Scotland’s “premier golf destinations”.
“There is an added bonus in that if the hotel is purchased this year there will be time for a new operator to put their stamp on the business before The Open Championship comes to the town in July 2018,” said the property agent in a statement.