Operators across Scotland have been rocked by the draft rateable values 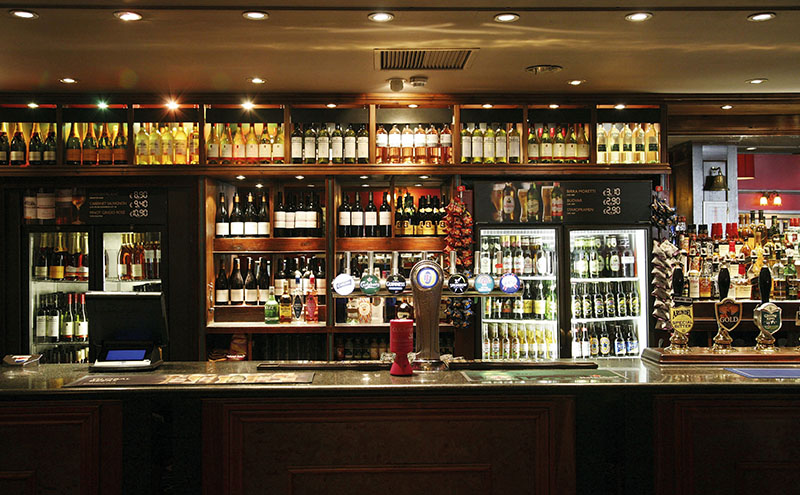 THE release of new draft rateable values has sent shockwaves through the licensed trade, with the majority of premises seemingly in line for considerable hikes in their business rates.
The new values, which will help to determine business rates for the next five years and are due to take effect on April 1, have increased by, in the most extreme cases, several hundred per cent, and drawn severe criticism from operators and trade groups.
Derek Wallace, who runs family restaurant Reds on Portobello High Street, said his rateable value has increased from £10,800 to £21,500.
At that value, said Derek, his business rates bill will be over £10,000 a year, up from around £2600.
“I anticipated a 40% or 50% increase, and that would translate to around a 5% increase in our prices,” Derek told SLTN.
“This increase would mean putting prices up by 35% to 55%.
“Would you go to a place if the prices were hiked that much?”
He added that, if the council progresses with the current valuations, his business could be at risk.
“We’ve been here ten years,” said Derek.
“We’ve seen restaurants come and go, and we’ve weathered one of the hardest recessions the country has seen, post-war.

The message is clear: if you develop and grow your business you are penalised.

“And what will kill us won’t be a recession, it’ll be the council.”
Another operator, who asked not to be named, questioned how assessors could be raising rateable values at a time when many in the licensed trade have seen turnover decrease.
And he criticised the evaluation system for failing to take factors such as profitability and number of employees into account.
“In the last year or two we’ve had new legislation from the government, we’ve had to take pensions on board, we’ve had two increases in the minimum wage and we’ve had the standard living wage as well,” he said.
“Like most other businesses, we have had increases. But the difference between us and the other businesses is they’re not getting hammered by 70%, 100% increases (in business rates).”
The operator also pointed out that a higher rateable value could also see ancillary costs, such as Sky or BT Sport subscriptions, increase.
Both broadcasters base their subscription prices on rateable value.
The valuation system was also criticised by Neil Morrison, owner of Macgochans in Tobermory on the Isle of Mull and the Lochside Hotel on Islay.
“In the past we have been hit with increases in rates once we have refurbished a business and increased its trade; [assessors] don’t seem to take into account the expense of the improvements and the running costs of increasing the trade,” said Morrison.
“There is also a major issue with rural businesses which might maintain a good yearly turnover.
“These businesses can be haemorrhaging profits every winter by staying open and trading.”
Alan Hampton of 10 Café Bar in Forfar insisted that he has also been penalised for investing in his business.
He claims to have seen the rateable value of his premises increase by 155% after adding an upper bar to the venue.
“The message is clear: if you develop and grow your business, you will be penalised,” said Hampton.
Operators will be able to appeal their rateable value between April 1 and September 30.
However, they will be required to pay the full rate until their appeal is heard, which could take several years.
Morrison pointed out that the appeal process itself could be another expense.

It won’t be another recession that kills our business, it’ll be the council.

“I am forced to spend thousands on private valuators to appeal my business rates which would be unnecessary if these rates were properly calculated in the first place,” he said.
The ultimate result of higher rateable values could be the closure of premises across the country, according to Mike Wilson, owner of Aberdeen-based Epic Group.
“Basing rates on turnover from four or eight years ago is not sustainable for the night-time economy, and I think there will undoubtedly be casualties as a result,” said Wilson.
• To check the draft rateable value for your premises visit the Scottish Assessors website at saa.gov.uk