THERE’S not many that would argue against gin being the stand out spirit of 2016 in terms of sales growth, but can publicans expect the spirit to enjoy similar popularity in 2017? 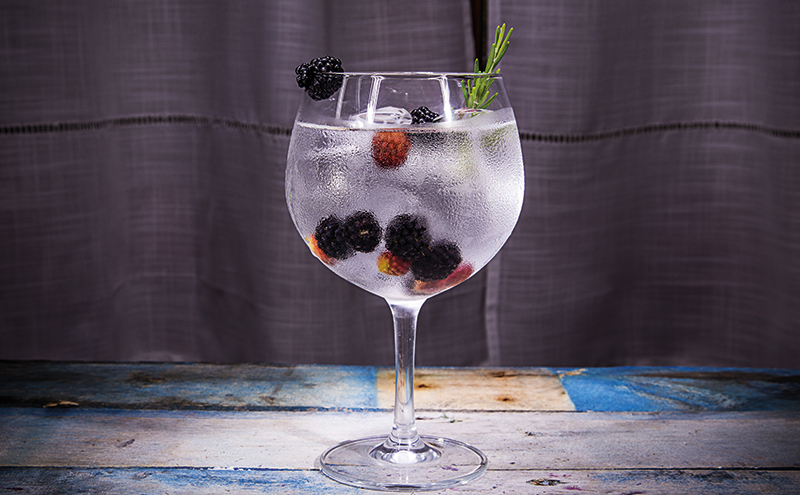 Yes is the short answer from gin producers, who reckon the category will continue to grow for some time yet.
Tina Connolly, brand manager at Halewood Wines & Spirits, whose gin brands include Whitley Neill, said the gin category is “thriving” with a “general shift to premium”.
“Consumers, more than ever, really ‘know’ their gin and they’re driving both premium and super-premium growth,” said Connolly.
Faith Holland of Diageo GB, the firm behind the Gordon’s and Tanqueray brands, also said gin “continues to thrive”, with the heritage “becoming increasingly important” to customers.
And Dan Bolton, MD at Hi-Spirits, whose gin brands include Blackwoods and Brooklyn, agreed, adding that the ‘gin boom’ is “clearly set to continue”, with the spirit being sold by “a broader range of on-trade outlets than ever”.
“With consumers now expecting to see a broad choice of gins on the back-bar, there’s a challenge for operators in differentiating their gins in terms of style, serve and price point,” he said.
Carlo Valente of Boë Superior Gin parent firm VC2 Brands agreed that gin is going “from strength to strength”.
“We have been supplying the Scottish on-trade with our Boë Superior Gin for over eight years and can only see this trend continuing,” said Valente.
“Bars in the mainstream historically stocking only big brand names are now including a selection of craft gins.”
Reflecting on what he described as a “storming” 2016 for the category, Pinkster gin founder Will Holt said gin will present “continued sales opportunities for operators” in 2017.
“Research body Mintel is forecasting a continued thirst for gin till at least 2020; long may it continue,” said Holt.
And while many Scottish distilleries set up in recent years have been quick to jump on the gin train with plans for a whisky release further down the line, Holt reckons white spirits will dominate in terms of new products coming onto the market for the foreseeable future.
“For every whisky distillery that’s reaching maturation point, we expect to see several new gin brands popping up,” he said. “That’s both start-ups launching and established brands branching out with new varieties.”
Simon Fairclough, managing director of Persie Distillery at Auchenflower in Perthshire, also expects the number of gins on the market to rise, with conditions said to be ripe for spirits from smaller producers to make their way onto the back-bar.
“I forecast the number of contract gins will continue to rise – fairly dramatically – as wannabe distillers realise the levels of investment, expertise and red tape required in setting up a craft distillery,” he said.
“Instead, they will turn to existing distilleries for recipe development and production. This is a win for both parties: the distilleries drive additional revenue while budding gin-makers get to create the spirit of their dreams – within their means.”
Fairclough added that he would use two words to describe the gin category at present: excitement and confusion.
“The number of gins coming to market is thrilling for bar staff and customers alike, but there is – rightly – a high level of uncertainty about what makes some gins different,” he said.
“New gins coming to market need to make it easy for the licensed trade to understand their unique value proposition: that’s a combination of back story, botanical profile and brand. If you can master those three areas, you’ve cracked it.”
With so many new gins finding their way into the on-trade, Adam Hunter, commercial manager Arbikie, said it is a “very competitive market at the moment”, adding that he reckons licensees are now looking for spirits with “real points of differentiation” when choosing what to stock.
Despite the increasingly competitive market, gin should continue to grow for now, according to Hunter, who also expects interest from overseas to build.
“There is an argument that gin is close to maturation in the UK market however internationally there is huge potential for continued growth of the category, especially in North America and Asia,” said Hunter.
The possibility of the gin market hitting a saturation point was highlighted by Bob Fowkes of Brockmans gin, but the co-founder of the brand reckons the key for operators will continue to be building their gin range with care.
“Generally there will be a drop off in the number of gins available; the trade can only cope with so many,” he said.
“The key thing is for bars to stock a carefully edited range of gins to appeal to a wide spectrum of tastes.”