A Flavour of Spain was brought to Glasgow with the recent opening of a city centre restaurant in what was once a bank. 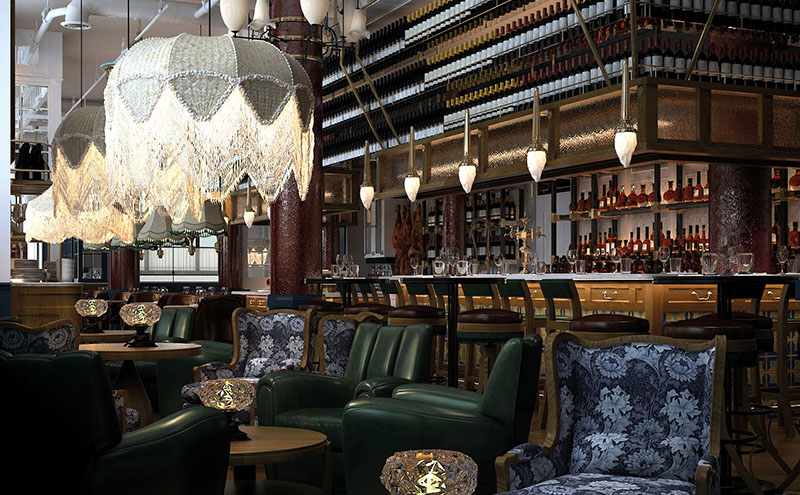 The team behind Spanish restaurant group Ibérica chose the city as the location for its first Scottish eatery, opening the venue in a Victorian building on the corner of St Vincent Street and Hope Street after it was “painstakingly refurbished” by the group’s team, which was led by Spanish designer Lazaro Rosa Violan.
Violan has worked with Ibérica on all of its outlets.
The Glasgow venue is the group’s eighth restaurant and each outlet is said to have its own individual look and feel which is “evocative of the ambiance of Spain”.
The latest restaurant’s look is said to emphasise the Celtic heritage shared by northern Spain and Scotland – the design includes a set of Asturian bagpipes.
Speaking of the design, Ibérica’s managing director Marcos Fernandez said: “With so many similarities between the north of Spain and Scotland, we’ve been very keen to connect with our Celtic roots and open a restaurant in Glasgow.”
The Glasgow restaurant, which opened on September 30, has capacity for 113 covers, including 37 at the bar area and an “elegant” private dining space for ten.
With an emphasis on casual dining, Ibérica offers guests a range of Spanish food and drink, including hand-carved hams, rare cheeses and an extensive range of beers, wines, sherries and ciders from some of Spain’s finest artisan producers.
A bar menu is also offered, which features bocadillos (sandwiches) and pinchos (small portions), plus lunch and a la carte menus, and an extensive range of drinks and cocktails.