New fruit-flavoured liqueur said to be first of its kind

THE producer of Edinburgh Gin has bolstered its range of fruit-flavoured liqueurs with a new variant.
Described as the “first of its kind” in the UK drinks market, limited edition Edinburgh Gin Plum & Vanilla Liqueur is the brainchild of Edinburgh Gin co-founders Alex and Jane Nicol. 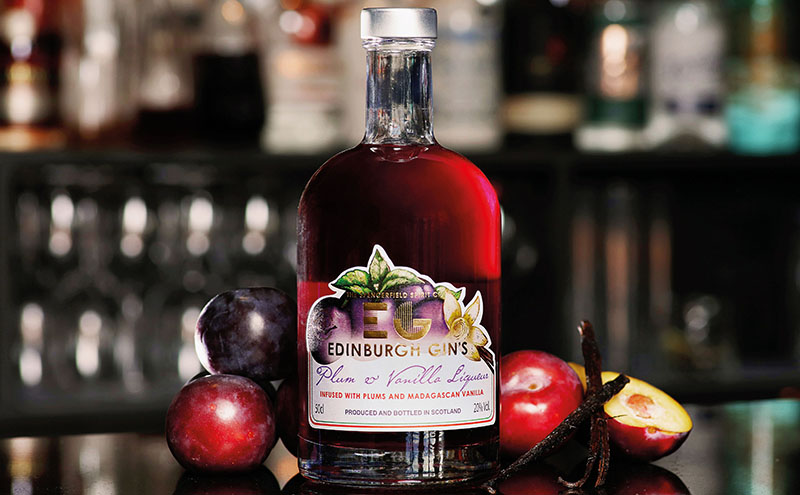 The 20% ABV liqueur, which is made using Scottish plums and Madagascan vanilla, is described as being “abundant with natural flavour” and is said to make an “exciting base for bartenders to experiment with”; serving suggestions include a Plum Negroni, a new twist on a Kir Royale and a Plum Collins. The new variant joins Edinburgh Gin’s existing gin liqueurs, which include Raspberry, Elderflower, and Rhubarb & Ginger.

This new recipe has been made using quality ingredients.

Alex Nicol, co-founder of Edinburgh Gin, which was acquired by Ian Macleod Distillers in September, said the new Plum & Vanilla liqueur is “perfect for shaking up some new cocktails this festive season”, as well as after-dinner drinks.
“Plum and Madagascan vanilla perfectly complements our range of popular gin-based fruit liqueurs, and we are delighted to add Plum & Vanilla to the family,” he said.
“Made with Scottish plums and Vanilla from Madagascar, this new recipe has been devised from quality ingredients, producing an opulent and indulgent fruit liqueur, great for cocktails, after-dinner drinks and desserts.
“As the UK’s first plum and vanilla gin liqueur on the market, Edinburgh Gin is continuing to craft the gin renaissance and be at the forefront of gin-making in the UK.”
The launch of Edinburgh Gin Plum & Vanilla Liqueur comes just a month after Ian Macleod Distillers bought Edinburgh Gin’s parent firm, Spencerfield Spirit Company, for an undisclosed sum; Ian Macleod had distributed Spencerfield’s portfolio, which includes whisky brands Pig’s Nose and Sheep Dip, for several years.
Under the deal, which took effect immediately, Spencerfield’s brands continue to be produced at the company’s distilleries in Edinburgh and Leith (it opened a distillery at the Biscuit Factory earlier this year), and founders Alex and Jane Nicol continue to work with the brands during a transition period.