Construction of a new Glasgow whisky distillery is underway.
The project, which will cost a claimed £10.5 million, will see the pump house building on the banks of the River Clyde – between the Riverside Museum and the SECC precinct – converted into a distillery and visitor centre. 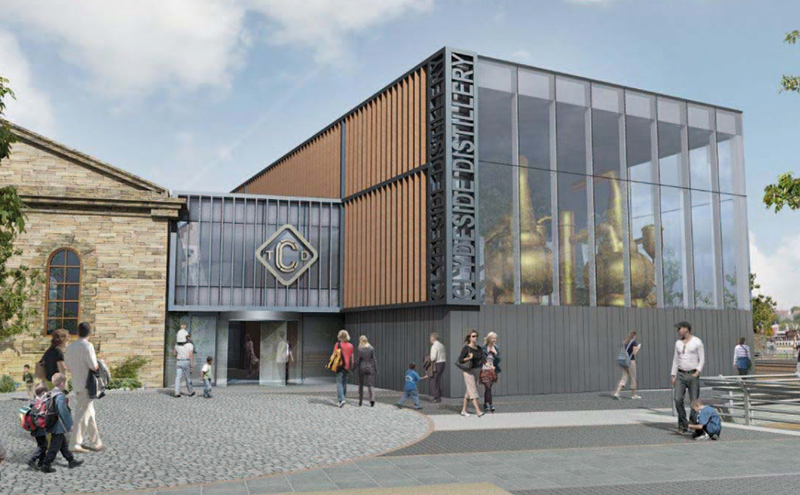 The Clydeside Distillery project is the brainchild of Tim Morrison, owner of whisky bottler AD Rattray and formerly of Morrison Bowmore Distillers.
His son, Andrew Morrison, is also involved in the project, as commercial director.
“The city was once home to many whisky distilleries and we think The Clydeside Distillery will put Glasgow right back on the Scotch whisky map,” said Tim Morrison.
“Few people know the historical significance of the iconic pump house building to the Scotch whisky trade.
“In years gone by, this building controlled the entry bridge into the Queens Dock ensuring Customs and Excise could keep a close eye on goods in and out, including Scotch whisky.
“My great and Andrew’s great-great grandfather, John Morrison, built the pump house in 1877 and it gives me great pleasure, to now have the opportunity to bring the building back to life, restore it to its former glory and give the building and the surrounding area the respect and status it deserves.”
The distillery is scheduled to begin production in autumn 2017.