Ensure your drinks offer is ready for the seasonal shift

WITH summer almost over, the trade’s attention is turning to autumn and winter.
And, when it comes to bars and restaurants, that means demand for darker drinks.
Suppliers to the Scottish on-trade said there is a definite seasonal shift when it comes to what consumers order at the bar. 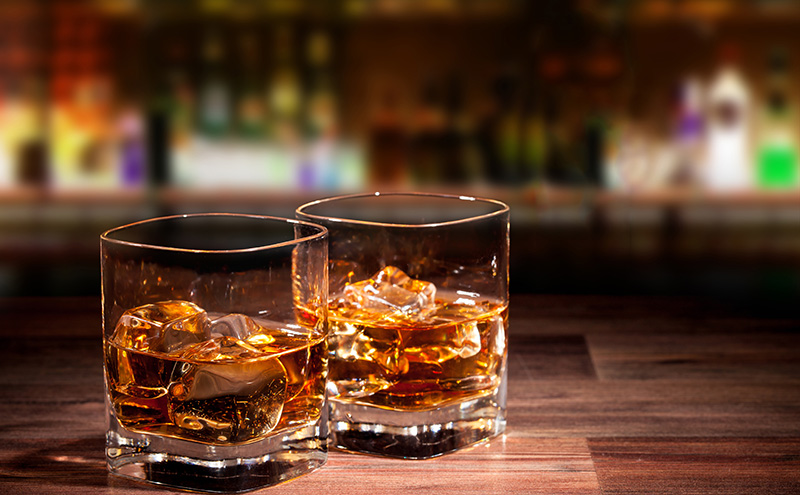 And while the popularity of cocktails, gin, cider and craft beer – categories which wholesalers said were in high demand over the summer – isn’t likely to wane in the months ahead, there is expected to be some change in the style of drinks consumers buy.
Ron Hickey, sales director for catering on-trade and licensed at Bestway Wholesale, reckons the cocktail trend will continue into the autumn and winter months, along with demand for darker spirits such as bourbon and rum, and darker craft beers, including stout and porter.

It’s essential to review the drinks range in line with changes in customer demographics.

Gordon Muir of Belhaven echoed Hickey’s view, saying he expects darker beers to become increasingly popular in the colder months. He also reckons demand for IPAs will remain strong, as certain styles “appeal whatever the weather”.
Wine is another category impacted by the seasons.
And Ian Cumming, commercial director at Inverarity Morton, advised operators to make the necessary tweaks to their wine list to cater for this. “In the autumn we see increased demand for warming reds such as Malbec to pair with heartier seasonal dishes, although favourites such as Prosecco and New Zealand Sauvignon Blanc will remain popular too,” he said.
“If you’re a food-led outlet, it may be worth making a few seasonal alterations to your wine list to account for the shift from white to red as the temperature drops and hot, heartier dishes replace light summery flavours.”
The importance of reviewing a drinks range in line with the seasons was underlined by Alan Hay at Tennent’s, who said that thanks to the growing number of products on the market, it has “never been easier for pubs and bars to introduce new products”.
“Freedom to experiment is great, but this makes it even more important for pubs to keep an eye on what’s driving sales and what’s left sitting in the keg month on month,” said Hay.
This was echoed by Hickey at Bestway, who said that as well as reviewing drinks ranges in terms of season, operators should also take into account changing consumer demographics throughout the year, highlighting the shift, in many parts of Scotland, from predominately tourist trade to an influx of students.
Similarly, seasonal events like Halloween and Christmas should also be taken into consideration.
“Offering a new range – as well as highlighting perennial favourites with an appropriate seasonal message – keeps things interesting for customers and encourages them to come back again,” said Muir at Belhaven.
And the wholesalers all agreed that, when it comes to planning for the festive season, it’s never too early to start.
“Christmas falls on a Sunday this year, so operators should prepare for four busy weekends,” said Cumming at Inverarity Morton.
“Restaurateurs and food-led outlets however need to nail down their packages well ahead of this as it’s a hugely lucrative, and competitive, time of year. It’s quickest out of the blocks, with a good sales and marketing campaign to drive pre-bookings for corporate and/or leisure business, who will win this race.”
Hay at Tennent’s agreed, saying it’s “never too early to plan for the festive season”. “Christmas is a busy period so effectively monitoring stock levels will become increasingly important – it’s never good to be left short of a popular product over this crucial time for sales,” he said.