KP Snacks has had an eventful year so far, with new websites and products introduced across several of its brands.
McCoy’s Thick Cut are described by KP as a range of “fully-flavoured, thick-cut flat crisps”. 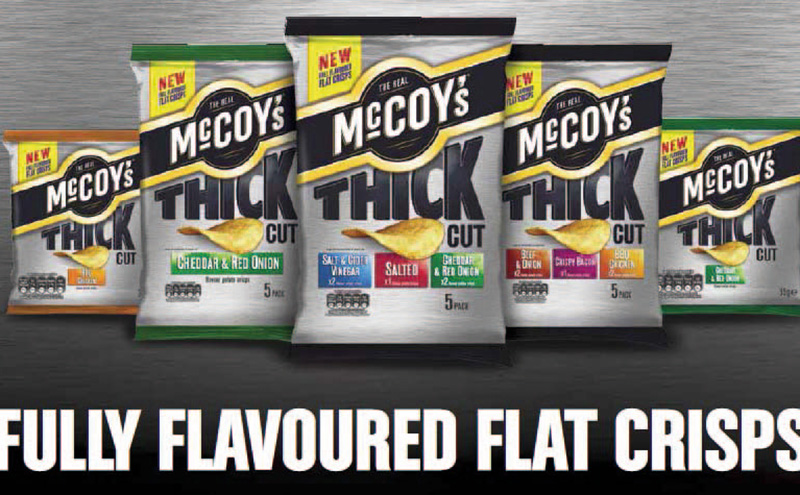