The 2005 Act meant to encourage child-friendly venues. It didn’t

“COMPLEX, uncertain, and at times almost unintelligible” – that was the Nicholson Committee’s unflattering view of the law regulating children’s access to licensed premises back in 2002.

Standards in the trade had improved immeasurably over the years but, as operators sought to attract business from families, the Licensing (Scotland) Act 1976 exerted a stranglehold over progress towards a more relaxed regime.
The introduction of children’s certificates in 1990 had, in many parts of the country, been a total flop.
This type of permission authorised access to bars by persons aged 14 and under for the purpose of having a meal provided they were supervised by an adult and subject to an 8pm watershed.
But there was a fundamental problem with the legislation.
Licensing boards had an extensive condition-attaching power that produced absurd results.
For example, in one area, licensees were obliged to ensure that “small children” were not exposed to “offensive language” in a public bar – leaving open the possibility that large and small children might be subjected to colourful language in a lounge bar and large children in a public bar.
It was quite common for boards to insist on cleanliness to such a standard that it ought to have been possible to carry out open-heart surgery on the toilet floor.

More needs to be done to modernise attitudes towards family-friendly venues.

No surprise, then, that the Nicholson Committee proposed the demolition of a system that was plainly not fit for its purpose.
Their suggestion was radical. Under the reformed legislation, there would be a presumption that persons under 18 enjoyed unlimited access to all parts of licensed premises.
In fact, operators who didn’t wish to cater for children and young persons would require to opt out – but licensing boards would be empowered to approve or modify the access arrangements proposed in an operating plan.
The automatic opt-in – viewed by politicians and the police as a step too far – didn’t reach the statute book.
Otherwise the Nicholson approach became part of the Licensing (Scotland) Act 2005.
The committee clearly envisaged a light touch.

But as transition to the new system kicked off in 2007, many premises licence applicants became unexpectedly constrained by new controls with boards applying radical surgery to proposed operating plans.
For example, many holders of the old ‘restaurant licence’, who had been at liberty to admit under 18s during all trading times, found themselves obliged to impose a watershed of, say, 10pm.
A number of licensing boards required to be persuaded not to impose a terminal hour for access to functions lest guests attending with their children were obliged to leave well before the end of the event – opening up the possibility that a 16 or 17 year old bride or groom might have to abandon their wedding reception.
In one of my own cases, a licensing board was intent on requiring children and young persons to vacate a theatre by 10pm.
I was obliged to point out that many shows would finish after that time.
The cast members might well include under 18s; one could imagine the need to re-write the last part of the Sound of Music, because Captain Von Trapp’s children would be obliged to leave the stage at 10pm, abandoning their father and Maria as they struggled to escape the clutches of the Nazis.
Over the years, as the operation of the 2005 Act settled down, many licensing boards loosened their grip on family access at least to some extent, but some very odd restrictions remain in place.
For example, in a large tourist area the board’s policy statement stipulates that access to any type of premises by children and young persons must be for the purpose of taking a meal.
That, in effect, creates a regime much more regressive than the old Act and, sadly, provides evidence that more needs to be done to modernise attitudes when it comes to encouraging so-called ‘family-friendly’ premises. 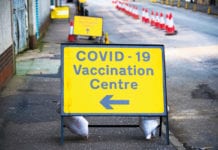