Lappin and Bright are no slouches when it comes to expansion

THE owners of Glasgow bars Slouch and Howlin’ Wolf are preparing to open two more venues in the city in the coming months. 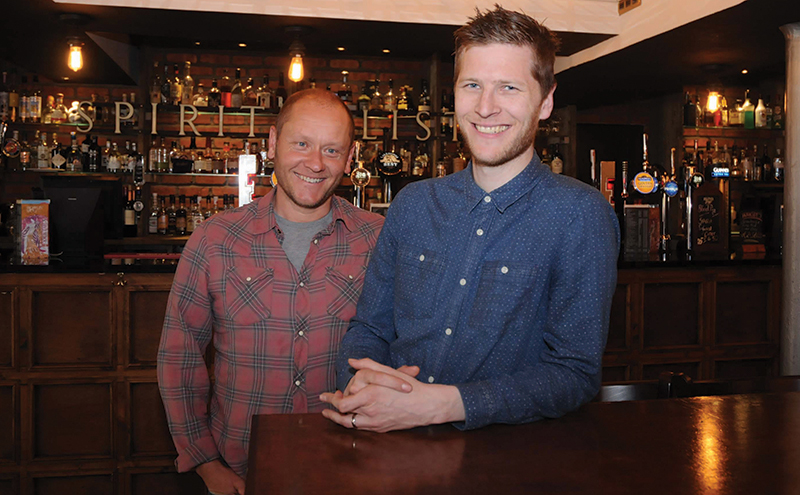 Mark Lappin and Paul Bright opened Slouch in 2010 and Howlin’ Wolf in 2014, having already established live music venue Maggie May’s on the city’s Trongate.
Having relinquished the lease for Maggie May’s earlier this year, the duo began looking for new units, buying the freehold of the Partick Tavern in Partick last month.
The venue is currently being refurbished and will reopen next month as Bag o’ Nails, offering customers in the west end of the city a combination of live music and food as well as craft beer and premium spirits.
Lappin and Bright said they are planning to open the venue at 11am in the morning every day and close at 1am, with food available all day.
The venue takes its name from London club the Bag o’ Nails, which was a regular haunt of musicians including Jimi Hendrix in the 1960s.
Lappin described the Partick venue as “one of the last sleeping giants in Glasgow”.
“Everything we’ve learned from the previous venues – whether that’s refurbing them, learning about drinks, or the food offer or, in particular, the music offer, we’re going to use to full effect in there,” he said.
“We want it to be the best pub in Scotland. And the best venue in Scotland where you’ll go for a drink, some food, for the atmosphere, for your full night out.”
The team is also in the process of refurbishing the former Bannisters pub in Finnieston, with plans to have the venue open by mid-October.
A Star Pubs & Bars lease, the as yet unnamed unit will aim to appeal to live music fans attending concerts at the nearby Hydro and will be one of the first pubs in Scotland to feature a tank of Krusovice on-site.
A growing trend in London and Europe, tank beer is said to be fresher than that served from kegs, as well as providing a talking point for customers.
“Just the fact we’re working with Star Pubs is a left turn for us and a left turn for them,” said Bright.
“It’s because of the Hydro. They want a venue to be proud of down there.”