A ST Andrews hotel which is just 112 yards – or a nine iron – from the Old Course has come onto the market through property agents Pagan Osborne. 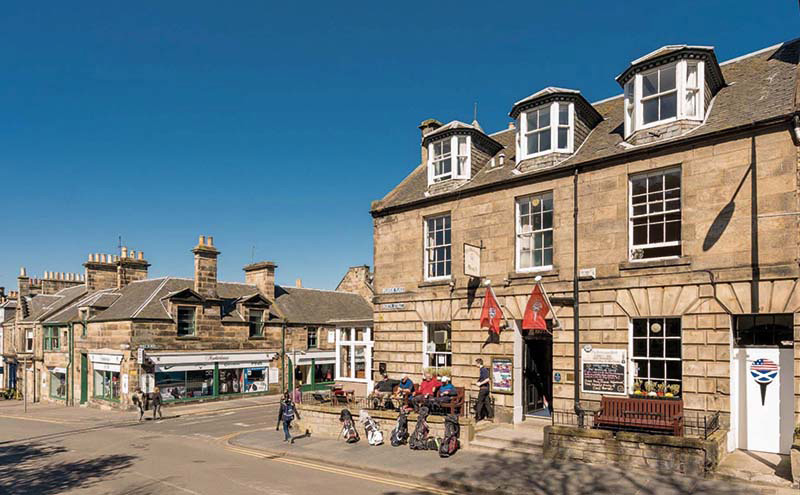 The sale of The Dunvegan is said to represent a “priceless opportunity to own a slice of Scottish golfing heritage” with the hotel having played host to more than 30 major golf champions, including Arnold Palmer, Ernie Els, and Tiger Woods, over the years; it also counts Clint Eastwood, Sean Connery and Neil Armstrong among past guests.
Offering accommodation for 16 guests in rooms named after St Andrews Open winners, the hotel’s public areas include the Golfers’ Corner lounge bar, which pays tribute to Open Champions down the years with a gallery of those who have triumphed on the Old Course; the Side Room, which overlooks Pilmour Place and is described as the “perfect spot to watch the golfing world go by”; and the  30-cover Claret Jug Restaurant, named after the Open Championship trophy.
Described as “one of the best hangouts in the world of golf”, the hotel has been run by golf fans Jack and Sheena Willoughby for the past 22 years; the couple has now put The Dunvegan on the market “somewhat reluctantly” as they wish to retire from the trade.
“We’ve had the times of our lives running the hotel and have loved meeting and hosting so many golfers, golfing celebrities and our true core customers, the not-so-famous golfing visitors, alike,” said Sheena.
“You just can’t describe the atmosphere at the height of the season but the place just seems to have a magnetic pull on people from all four corners of the world.”
Linda Black of Pagan Osborne, who is marketing the property, said the hotel offers new owners a “once-in-a-generation opportunity to live the golfing dream at the heart of the sport’s birthplace”.
The Dunvegan is on the market with a price tag of offers over £2.9 million.