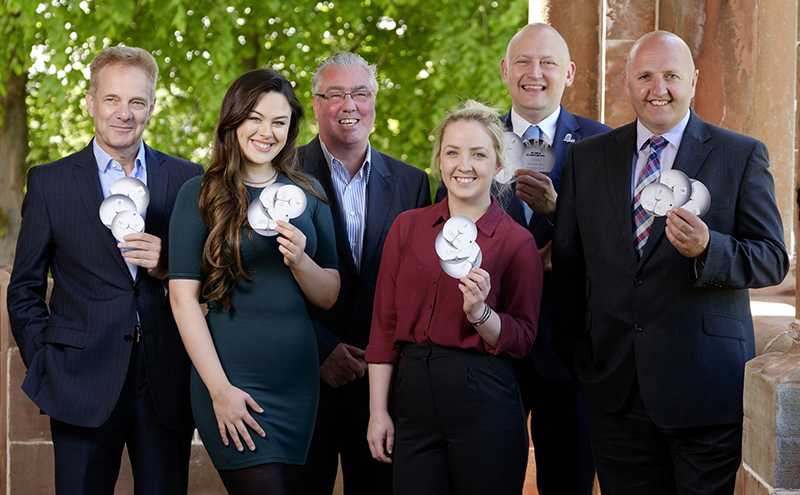 LICENSEES in East Dunbartonshire joined forces today (June 15) for the launch of a campaign to introduce a smaller 125ml measure of wine alongside more traditional 175ml and 250ml sizes.
More than 90 licensees have signed up to the campaign’s initial trial, which will run until July 10, during which time participating bars, restaurants and hotels will extend their range of options for customers while driving awareness of the smaller measure.
Businesses supporting the voluntary campaign are being asked to make available 125ml measures of wine, price the 125ml option on menus where possible, display materials promoting the 125ml wine measure, and ensure staff know the additional 125ml wine measure is available.
The move follows the release of a survey carried out on behalf of a partnership working initiative involving the Scottish Government, the Scottish Alcohol Industry Partnership and licensing advisors at East Dunbartonshire Council.
The survey found that 71% of respondents in East Dunbartonshire would support the introduction of a smaller wine measure.
Speaking at the campaign launch, Scottish Licensed Trade Association (SLTA) chief executive Paul Waterson said it is “becoming increasingly clear” that customers expect “more choice” in the on-trade.
“The 125ml wine glass campaign is responding to that trend,” he said.
“The survey findings from East Dunbartonshire are reassuring for the 90-plus licensed premises that have pledged their support, with 71% of people – their potential customers – supporting the introduction of the 125ml.
“The Scottish Alcohol Industry Partnership is looking forward to seeing how this campaign goes in East Dunbartonshire. It’s very encouraging that every possible venue in the area that could get on board with the 125ml wine glass campaign did just that.
“We hope there’s some learning and best practice to bring to other areas in Scotland.”