Wholesalers reveal their top picks of the summer so far

PROSECCO, cider and artisan spirits are among the products proving most popular in the on-trade this summer, say Scotland’s wholesalers. 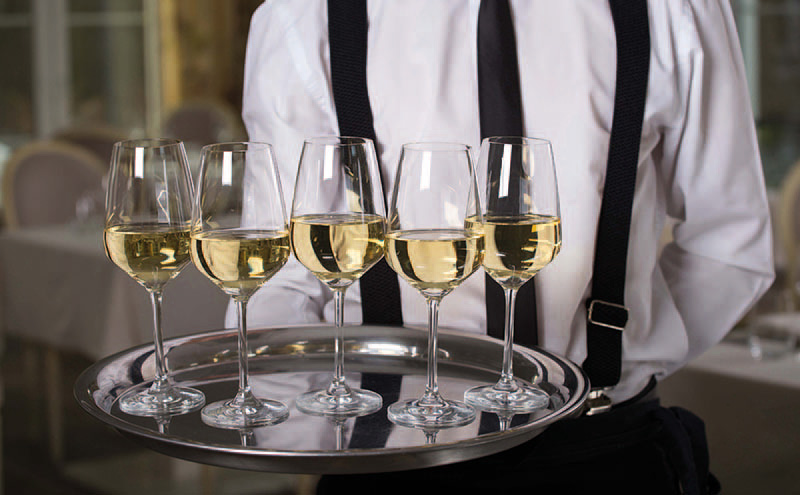 With the season in full swing it’s vital licensees are offering customers the right range of drinks, and are well stocked ahead of any sunny weather, said firms.
On the wine front, it’s no surprise that lighter varietals are proving most popular.
But there is a particular opportunity with lesser-known varietals from smaller producers, according to Toby Sigouin, wine buyer at Inverarity Morton.

He said that grape varieties such as Verdejo, Petit Manseng, Grenache Blanc and Sauvignon Gris are proving to be heavy hitters in the on-trade as customers look to try new styles of wine.
“Consumers are finally turning their backs on the ubiquitous Pinot Grigio and other familiar varietals and really do want to find diversity and interest in the wines they are drinking,” said Sigouin.

With the weather unpredictable, being well stocked with the right drinks at the right time is crucial.

Italian wines, in particular, are enjoying a good year in 2016, according to Amy Ledger, marketing manager at CWF.
Ledger said favourites include Barbera wines from Piemonte, which pair well with food such as pasta, bresaola and salami, and Fiano and Falanghina wines from the south of Italy, which Ledger said are perfect pairings for foods such as cheese or shellfish.
“With more people drinking wine more often than ever before it is crucial that pubs are able to meet the demands of their consumers, especially now that much of the exclusivity that used to be associated with wine now is a thing of the past,” said Ledger.
Outside of the wine category, wholesalers are seeing customers ordering more gins and chilled ciders, with craft and world beer also continuing to prove popular.
Ian Cumming, commercial director at Inverarity Morton, said beer and cider sales “will remain steady as drinkers turn to lighter styles” adding that “craft lager stands to benefit hugely here”.
“On the back of the craft beer craze we will see more demand generally for drinks with a story behind them,” said Cumming.
Michael Hardy, managing director at Ooberstock, said beers including Super Bock, Moritz, Brewdog Punk IPA and Karlsbrau Urpils have all proved popular with the company’s on-trade customers this year, and he expected this to continue throughout the summer and beyond.
This was supported by Alan Hay, on-trade sales director for Tennent’s, who said world beers, in particular, can prove popular during spells of warmer weather.
“Warm weather can also make customers think of warmer climates, so it can be a great opportunity to introduce customers to different options,” said Hay.
International flavours are also said to be proving popular in terms of long drinks and cocktails.
Michael Lovedale, director of Glasgow-based drinks supplier Hotsauce, said he has noticed an increased demand for small-batch spirits from Mexico.
“We’re seeing huge growth in artisan Mezcal,” he said. “This is versatile as lighter, less smoky styles can be served long with mixers or in cocktails, and is perfect to imagine you’re in Mexico on a sunny day.”
And with Scotland’s weather so unpredictable, being well stocked with the right drinks at the right time is absolutely crucial, said Ron Hickey, catering and on-trade sales director at Bestway.
“The weather has a big influence and our advice to on-trade operators is always to check the forecast and be ready with the right drinks range when the sun shines – you never know when the next opportunity will be,” said Hickey.