Scottsih restaurant operators could increase revenues by expanding their craft beer offer, according to new independent research from the Society of Independent Brewers (SIBA). 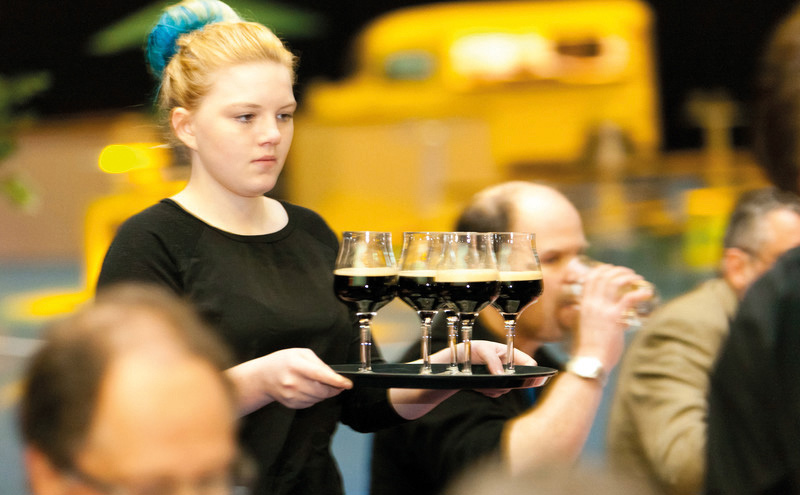 Figures from the research, conducted by M&C Allegra on behalf of SIBA, claim one in three people would visit a restaurant more often if it stocked a range of craft beer.
SIBA said that despite the ‘boom’ in craft-brewed beer, the majority of restaurants across the UK are failing to meet consumer demand. Nick Stafford of SIBA said restaurants that don’t cater for this demand are missing a trading opportunity.
“Craft-brewed beer is growing in popularity across the UK and the restaurants which have recognised this and started to serve a range of interesting, flavoursome beers have thrived,” he said.
And to further capitalise on the craft beer ‘boom’, SIBA said the research indicates that UK restaurants could soon be offering ‘beer menus’ that are similar to wine menus.
Stafford said this latest research indicates that operators who don’t “put in the same effort” to their beer offer as they do with their wine list could be “seriously damaging their commercial potential”.
He added that with the vast range of craft beers available in the UK “there’s something to suit every cuisine or occasion”.
“The advances made in quality bottled, canned and craft-keg beer means that it has never been easier for outlets beyond pubs to sell beer,” said Stafford.
“Craft-brewed, canned beer generally comes in smaller 330ml cans, which can be stacked, fit neatly in fridges and get cool quickly – making them the perfect choice for restaurants who want to serve beer but don’t have the space or expertise to look after draught beer lines.”