Operators looking to put down roots in the Stirlingshire countryside might be interested in a self-catering accommodation business which has come onto the books of property agent Bruce & Co. 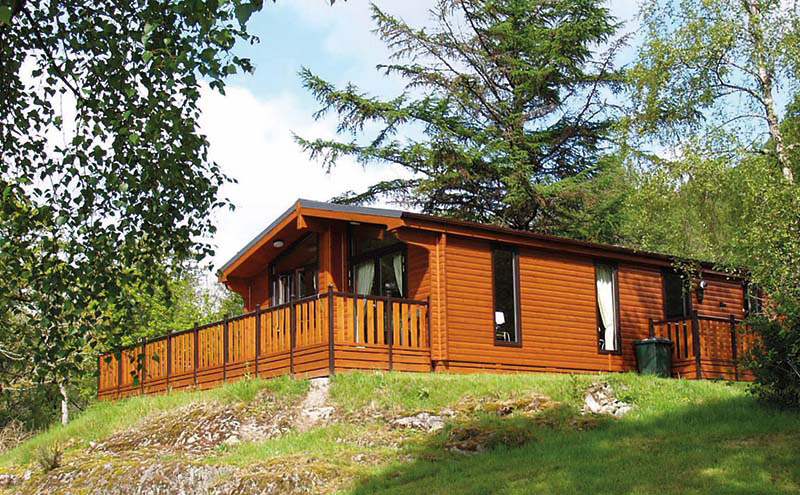 Located on the outskirts of the village of Killin near Loch Tay and surrounded by “breathtaking” scenery, Killin Highland Lodges is described as an “exciting lifestyle opportunity”.
Established in 1990, the business has been under the current ownership for the past 12 years.
Having begun with nine self-catering lodges, a further three units have been added, giving the business a total of 12 lodges.
Other recent additions include a new office, which was built near the entrance to the site in 2015, and a summerhouse, which was added last year; there’s also a boules court and children’s play equipment.
The sale of the Killin Highland Lodges business includes owner’s accommodation, which is currently occupied by the on-site manager.
Situated below the Ben Lawers mountain range close to Loch Tay, the business is said to be popular with walking groups and winter holiday makers, enjoying particularly healthy occupancy over the festive period.
Jayne Adamson, sales manager at Bruce & Co, said the extensive grounds in which the lodges are set offer scope to increase turnover.
“Killin Highland Lodges presents buyers with a unique opportunity to purchase a successful and highly-regarded business with huge potential for new enthusiastic owners,” she said. “This is an exciting lifestyle opportunity to purchase a turnkey business.”
Offers in the region of £749,995 are sought for the freehold.