Having operated Italian restaurant Trattoria Roma in Johnstone for several years, Indrit Mataj is no stranger to the demands of the Renfrewshire marketplace. 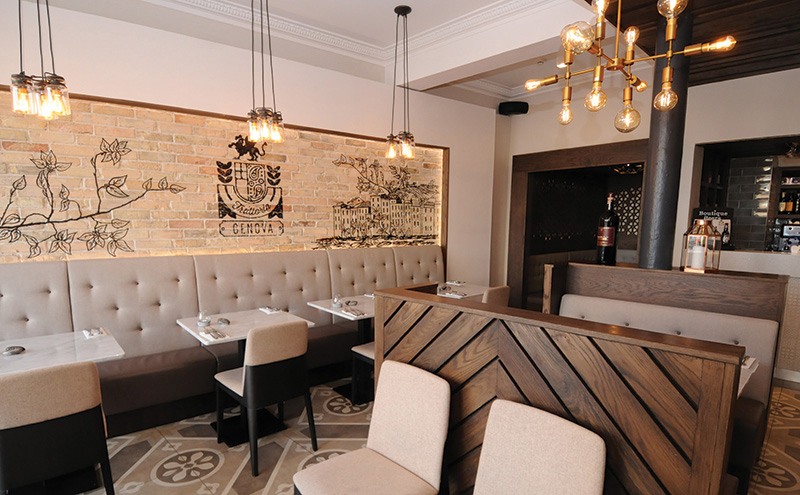 But even with years of experience under his belt, the opening of new restaurant Trattoria Genova, in Paisley, posed some fresh challenges for the restaurateur.
The unit, on Glasgow Road, was formerly a traditional pub and had to be completely transformed before it could open as Trattoria Genova.
“There was an opportunity,” Indrit told SLTN. “We decided to take a chance.”
And although the unit had not previously operated as a restaurant, Indrit was confident the location had potential.
“The reason I bought it was the location,” he said.
“The area of Paisley is coming up; Glasgow Road is really coming up.”
Working with design firm Arka and equipment specialist New Concept, the conversion of the space was an extensive project. The entire interior was gutted and refitted with a brand new bar, a feature, open kitchen and furniture imported directly from Italy. 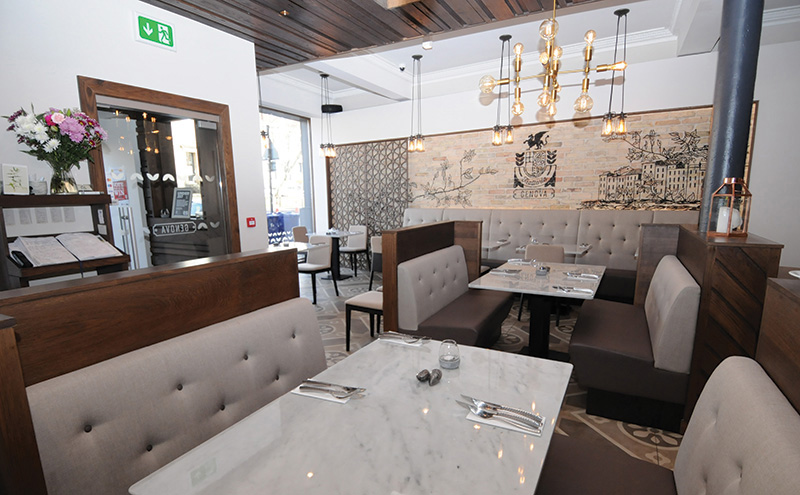 “My favourite aspect of the restaurant is the open kitchen and takeaway area, as between all involved in the refurb we were able to create a cooking area that blended into the restaurant whilst still managing to give the customer an authentic Italian eating experience with equipment such as the pizza oven displayed as a main feature,” said Richard Pearson, sales director at New Concept.
While the focus of the restaurant is on Italian cuisine, there is also a strong local flavour to the offer, with meat, vegetables and dairy products sourced from nearby suppliers in addition to produce from Italian supply specialists Continental Quattro Stagioni and Carnevale (on the drinks side Mataj works with Matthew Clark).
Many of the staff are locals, too – a decision Indrit said has proved popular with the Paisley customers.
“People are very excited,” he said.
“We’ve had some great comments on our Facebook page. People are really liking the place.”