STUDYING for a final exam, writing a dissertation and launching a new wine bar – Paisley licensee Gary McCaw doesn’t do things by half.
Late last year, the civil engineering graduate and business partner Craig Bickett celebrated the opening of their third venue in just two years.
Under the name Saporito, the entrepreneurs have launched a coffee shop (in 2013), a wine bar and a restaurant (both last year), all within a mile of each other in Paisley. 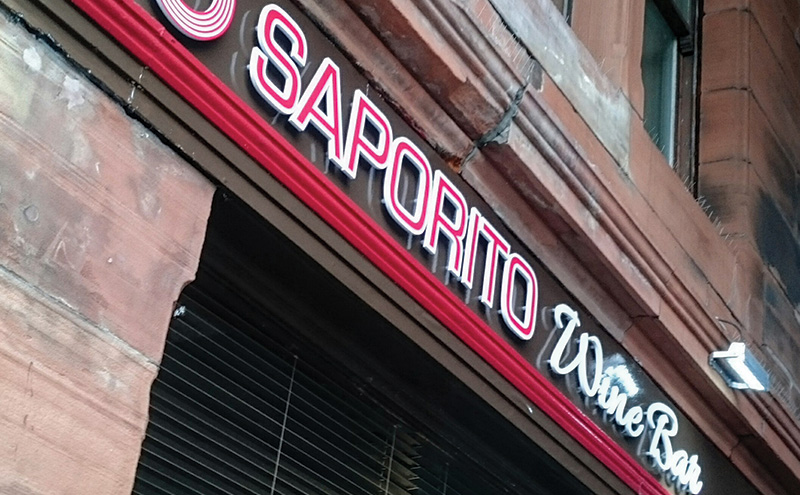 “Fifteen years ago no one would have thought of expanding in Paisley, but we are proud to be associated with the local community and are very grateful to the town of Paisley,” Gary told SLTN.
“We have found our niche in the market.”
A few years ago, Gary was working for the family bakery business while Craig was running Paisley sandwich shop Tasty’s.
The pair decided to join forces and launched what was to become the first of three venues: a coffee shop called Saporito (which is Italian for ‘tasty’).
Gary admitted it was “totally unplanned”. 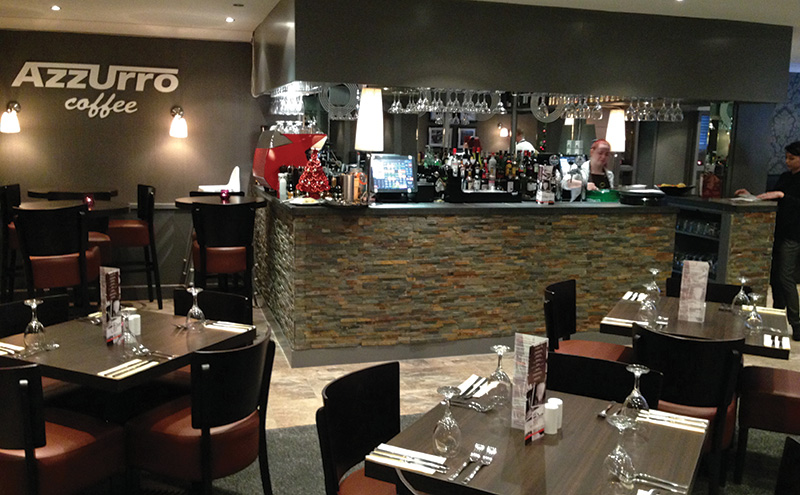 “I was studying for an honours degree in civil engineering at Strathclyde University,” he said.
“Then last year we launched a wine bar while I was working on my dissertation and preparing for my final exam, then a restaurant; I could not have done it without Craig.”
Today, under the directorship of Gary and Craig, the Saporito brand is already well-established in Paisley with a combined turnover of around £2.5 million between the three units and a staff of 70, which includes Ross Torrance who was promoted from the role of wine bar manager to operations manager.
The first of the two new openings last year, Saporito Wine Bar is located in the railway arches beneath Paisley Gilmour Street station on Old Sneddon Street (in the unit previously occupied by Hamishes Hoose, which has moved to High Street).
Working with design firm New Concept, Gary and Craig set about putting their own stamp on the venue.
The intention was to create an informal atmosphere, complemented by autumn colours, dark wood furniture, small slate tiles, exposed brickwork and cosy booths. 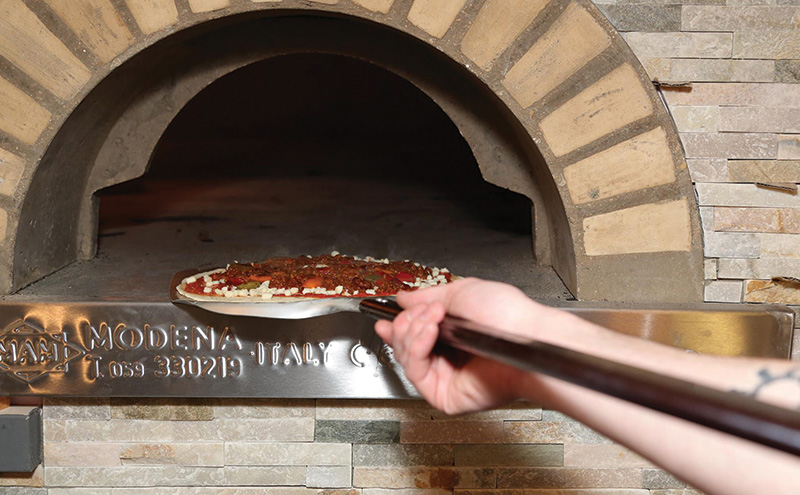 At ground level, there are high tables and tall chairs in the chequered-floored bar area, while the carpeted dining area is located on a separate level up a couple of steps.
New Concept overhauled the lighting to include coloured LED lights which are designed to enhance the venue’s ambience.
And, thanks to Thistle Sounds, Saporito Wine Bar has an upgraded in-house PA system, which is put through its paces on Friday and Saturday nights with an entertainment programme which includes pianists, guitarists and singers, such as Paisley-born actor Tom Urie and Glasgow musician Chris Suckle who regularly perform in the wine bar.
Gary said the interior is intended to appeal to a wide cross-section of customers, from those popping in for lunch or an evening meal to after-work drinks and groups heading for a night out on the town. 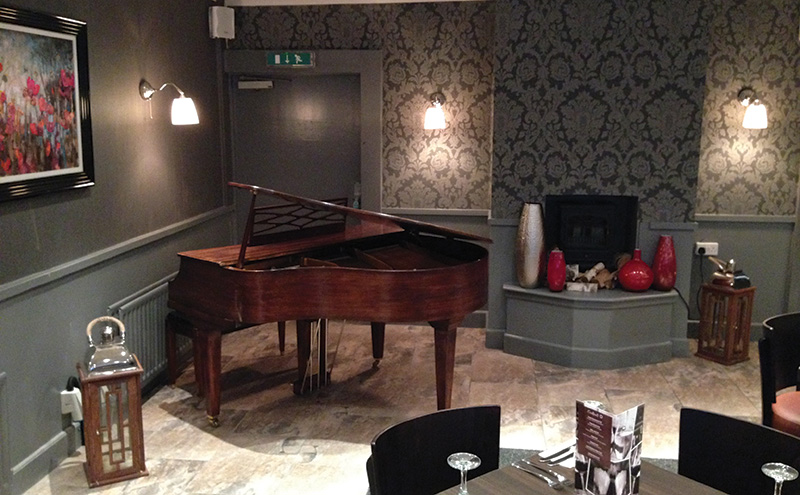 “We have introduced dark, warm colours, candles on every table, and this is complemented by our wood-firing pizza oven in the corner,” he said.
“Our signature is our baby grand pianos which we have in both the wine bar and restaurant; they were supplied by Paisley-based PS Pianos.”
The total cost of the wine bar refurbishment set the partners back around £70,000 – part of which was spent on the wood-fired pizza oven, made possible thanks to a business improvement grant from Renfrewshire Council’s Invest initiative.
Both the wood-fired pizza oven and the piano are key features in the venue, according to Gary, who said it was a conscious decision to make both visible to customers.
“We wanted people to see our pizzas being prepared and see our piano being played,” he said.
Complementing the wine bar, the nearby Saporito restaurant, launched following a £50,000 refurbishment, is said to offer a more formal dining experience to its sister venue.
Having notched up three venues in two years, Gary admits it has all happened faster than expected.
“When we opened the coffee bar, the wine bar wasn’t in the pipeline, and when we opened the wine bar, the restaurant wasn’t in the pipeline,” he said.
However the pair aren’t planning on stopping with three units, and have plans to expand their empire even further.
“Now we will look to expand all three of our brands, and we will probably head west to Ayr or Greenock,” added Gary. “We have full ambitions to be nationwide one day.”
Business partner Craig also plans to launch a Mexican venue as a solo project.
As for Gary, it’s safe to say he has no regrets about not pursuing a career in civil engineering.
“Because of this, people have said it was a waste of time doing my degree, but it hasn’t been,” he said.
“It has expanded my mindset.
“I have always said it would be a good fallback, but instead it was an education.”