More than 160 people working in or studying towards a career in hospitality have been awarded ‘once in a lifetime’ scholarships from the Hospitality Industry Trust (HIT) Scotland. 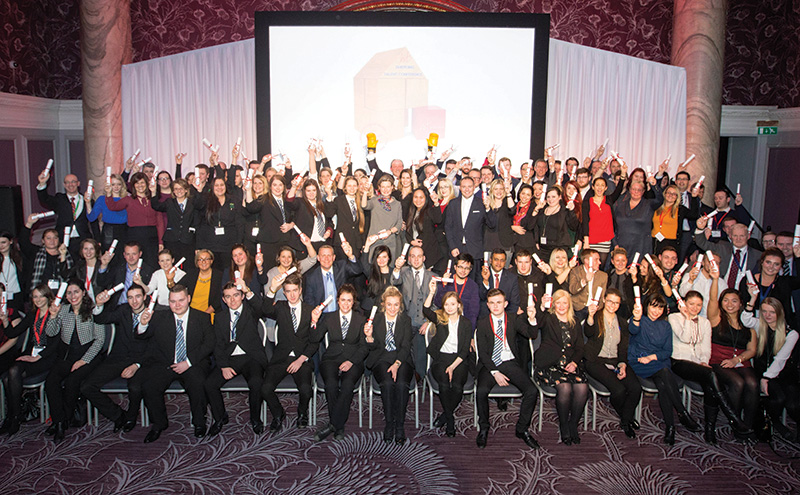 A total of 164 scholarships spanning a range of categories, levels and locations across the UK and overseas, including the Lausanne management scholarship, Disney scholarship and Glion executive scholarship, were presented at HIT Scotland’s Emerging Talent Conference at Glasgow’s Grand Central earlier this month. The presentations included five specialised scholarships awarded in collaboration with The Ben and the SLTA, and 23 graduates of hospitality courses backed by Diageo – 18 who completed the Scottish Apprenticeship in Hospitality and five Diageo Learning for Life graduates.
The ‘class of 2016’ scholars were awarded following what HIT Scotland chief executive David Cochrane described as “the toughest decision-making process yet”.
“Choosing the recipients of the scholarships is always a long and difficult process because, of course, we wish all applicants could get one, however this year was the most difficult yet due to the sheer volume of applications received,” he said.
“In previous years we have received around 350 but this year our office was inundated with over 500 applications.
“This is very exciting for the hospitality industry and a great testament to the work of HIT Scotland.”
More than 400 delegates attended this year’s Emerging Talent Conference, which featured keynote speakers James Rusk of The Rusk Company, whose Glasgow venues include Hutchesons and The Butchershop Bar & Grill; Mark Flannagan, royal chef and assistant master of catering at Buckingham Palace; and professional boxer and Commonwealth gold medallist, Charlie Flynn.