Catering for gluten-intolerant customers is a ‘must’, food firms say

Gluten-free is one of the biggest changes the food industry has seen since vegetarianism – and bar and restaurant operators are missing a trick if they don’t cater for the growing demand. 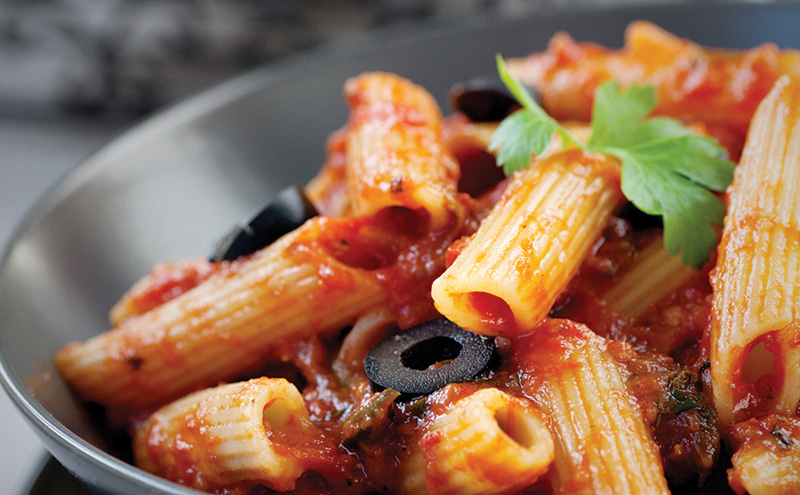 That’s the opinion of many food and drink producers, who say demand for bread, pasta, pastry, pizza bases and other food products which are free from the protein is growing.
Gluten-free diets are being adopted by a rising number of people, who avoid the protein either as a lifestyle choice, because of a gluten intolerance or following diagnosis of coeliac disease – an allergy to gluten which around one in 100 people in the UK is thought to have, although charity Coeliac UK reckons only 24% of these people are diagnosed.
The rise in the number of people cutting gluten from their diets has resulted in growing demand for gluten-free options on menus in pubs, bars and restaurants up and down the country.
And food firms say those who offer gluten-free options could see their profits, and positive customer comments, soar.
That’s because the UK gluten-free market is valued at around £210 million, according to market research firm Mintel, and almost three-quarters (74%) of coeliacs say they would “dine out every two weeks if more gluten-free options were available”, according to Coeliac UK.
Sandro Bevilacqua, vice chairman of Continental Quattro Stagioni (CQS), whose range includes gluten-free pasta and pizza bases, believes it’s crucial to offer gluten-free options on a menu.
“We have in recent years seen huge changes in terms of the dietary requirements of consumers that our customers in turn need to respond to,” said Bevilacqua.
“The need to offer gluten-free dishes on a menu is perhaps one of the biggest changes after vegetarianism.
“Indeed, we are seeing consumers opt for gluten-free options not just because they need to but also because they want to – these people are actively seeking to reduce or eliminate gluten from their diet.”
Mohammed Essa, general manager for the UK & Ireland at Aviko, whose range includes premium fries which are produced in a gluten-free factory, agreed that there is growing demand for gluten-free options in bars and restaurants.
But Essa said research shows 73% of people think venues don’t do enough to cater for gluten intolerances.
“With 59% of people wanting to see more gluten-free options available on menus, and 21% of people willing to pay more for a gluten-free meal, there is a clear opportunity for operators who cater for the one in every 100 people diagnosed with coeliac disease,” said Essa.
“With the recent allergen legislation coming into effect it’s never been more important for operators to be fully aware of what’s on their menus; though potatoes themselves don’t contain gluten, how and where they are prepared means that pubs could be unintentionally serving gluten to consumers, which can mean serious side effects for those with an intolerance.
“In fact, 60% of people don’t realise that not all chips are gluten-free. With a massive 70% of people opting for chips as their preferred gluten-free side out-of-home, we’re urging operators to take a second look at their potato sides and the gluten that could potentially be hiding in the 4.6 million daily servings.”
And it’s not just savoury foods that contain gluten.
Sweet treats and desserts can also contain the protein, making the end of a meal a further opportunity to offer options for gluten-intolerant diners.
Andrew Ely, managing director of cake producer and supplier Almondy, said restaurateurs who don’t offer a gluten-free option are “missing a trick”.
“The gluten-free market is a lucrative area for caterers to tap into, with over a third of consumers telling us they would pay more for a high quality gluten-free dessert, one third of which say they would be willing to pay £1 more,” said Ely.
Bryan Jackson, director of sales at Destiny Foods, agreed and said providing a selection of desserts made without gluten is now “non-negotiable”.
“Over the past year, we have seen more and more caterers looking for products that are either free from gluten or made without gluten-containing ingredients,” he said.
“In a competitive industry, those restaurants that want to appeal to a wider customer base need to consider their customers’ differing needs.
“Meeting demand for quality dishes made using non-gluten ingredients is a must.”
For pub, bar and restaurant operators introducing gluten-free options to their menus, it is worth considering behind-the-bar snacks too.
Tony Goodman, chief executive of Yumsh Snacks Ltd – the firm behind Ten Acre hand cooked crisps and popcorn which are described as ‘free from plus’ (gluten-, dairy-, MSG-free, and vegan, halal and kosher), said gluten-free is a burgeoning category, and “one that looks set to stay”.
“It is certainly shedding its ‘niche’ reputation and becoming much more mainstream,” he said.
“Pubs and bars should take the lead from the grocery market and make gluten-free a prominent feature on their menus to meet growing demand.
“Quite often customers who follow a gluten-free diet have to make a special request, or phone beforehand to check what they can and can’t eat. Outlets should always highlight their gluten-free ranges on their websites, through social media channels and within their establishments.
“Just as pubs, bars and restaurants offer a vegetarian option, they should also consider a gluten-free offering on their menus – and behind the bar.”