There was a time when those who employed the expression ‘anti-alcohol campaigners’ were chided, perhaps with some justification.  Those ‘campaigners’ were apt to protest that they were not ‘anti-alcohol’: rather, their crusade was against irresponsible alcohol consumption and the mechanisms by which individuals might be drawn into alcohol misuse.

But developments in the wake of the proposed new intake guidelines have made it abundantly clear that some health lobbyists have, in fact, declared all-out war on the industry.
The UK’s chief medical officers’ new recommendation – for both men and women – is that it’s “safest not to drink regularly more than 14 units per week”.
But they also suggest that even those who stick to that limit are exposed to a cancer risk: “there is no level of regular drinking that can be considered as completely safe”.
For the neo-prohibitionists those few words have, of course, been an absolute gift.
The full force of the foaming frenzy was evident in an Alcohol Focus Scotland (AFS) Twitter message: a graphic showing a pint of lager accompanied by the words, “Alcohol is in the same cancer causing category as tobacco”.
And in the rush to grab scare-mongering red-top headlines, a more sober view of the evidence wasn’t allowed to get in the way.
According to Amanda McLean, director of World Cancer Research Fund UK (WCRFU), “People need to be aware that there is strong evidence that alcohol increases the risk of five different cancers, including bowel, breast and liver. We recommend avoiding alcohol as much as possible as any amount increases your risk of cancer.”
Any amount? What risk?
The authors of the guidelines’ review say that the new weekly threshold would limit the chance of dying from any alcohol-related condition to around, or a little under, one per cent (comparable to the risk of driving a car).
Professor Sir David Spiegelhalter at Cambridge University is a world-class expert on risk.
He reckons that watching television for an hour a day, or eating a bacon sandwich a couple of times a week, is more dangerous to your long-term health.
Clearly, those who settle down in front of the box with a roll and bacon and then decide to pour a pint ought to consider a safer leisure pursuit such as white water rafting in a leaky canoe. 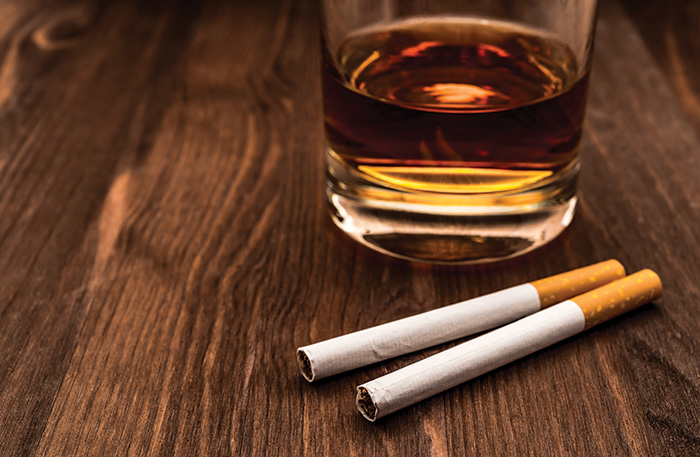 Of course, as Charles Moore suggested in The Daily Telegraph (January 9), the template in the minds of the zealots is tobacco: if it does become possible to convince public opinion that there is no such thing as ‘safe drinking’ at any level, then they can demonise moderate drinkers as well as everyone involved in the manufacture or retailing of alcohol because they are consuming or pedaling something that is ‘unsafe’.
And when WCRFU suggests ways of minimising the risk – for example, having a bottle of beer instead of a pint or interspersing drinks with glasses of water – remind yourself that we’ve been down this path before.
Encourage the offer of smaller wine measures? As useless, no doubt, as switching from cigarettes to pipe smoking.
The promotion of lower-strength beers? Just as risky as low-tar cigarettes.
And finally, where does this leave minimum pricing?
There’s no room here for any detailed analysis of last month’s European Court of Justice judgment.
Suffice it to say that the case has been sent back to the Court of Session with qualified disapproval of the Holyrood legislation; it breaches European Union trade law unless the Scottish Government is able to demonstrate that increased taxation would be less effective in protecting health.
Opponents of minimum pricing consistently maintain that the policy will do little to curb drinking at hazardous levels but will penalise those who consume alcohol responsibly.
One can easily foresee the subversion of that argument if the perception that all drinking is hazardous gains traction.