The two brothers behind the Banchory Beer Festival are preparing to break up the north eastern winter with the return of their secondary event, Beer @ The Barn. 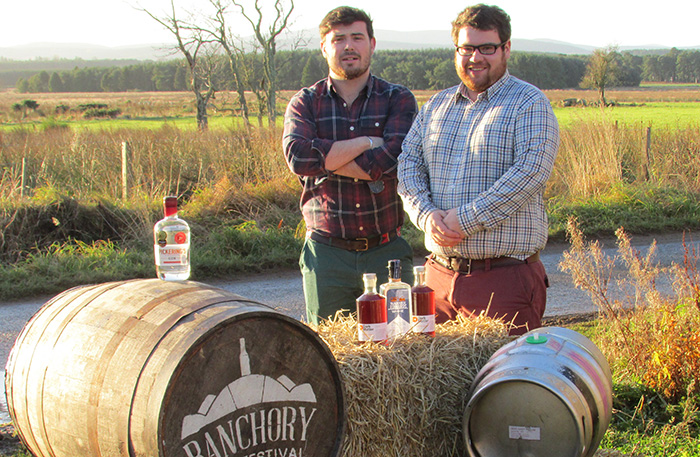 Organised by Mungo and Guy Finlayson, the winter drinks festival – a smaller version of the pair’s now annual Banchory Beer Festival – will take place on February 12 and 13 at Woodend Barn, Banchory, and will feature beers, ciders and gins from a number of Scottish and UK producers.
This year’s festival will also feature a rum bar for the first time, stocked by Banchory distillers, Dark Matter Rum.
Mungo Finlayson said he and Guy chose to hold the festival in February “to give people something to look forward to and enjoy during the post-Christmas slump when nothing really happens and the weather is still pretty bleak”.
“This year we are continuing to improve our offering by having a rum bar, stocked with rum from Dark Matter Distillery, which is literally a five-minute walk from the venue, so you can’t really get much more local,” said Finlayson.
“We will also only have bands and musicians from Aberdeen city and shire as we wanted to ensure local acts were given the opportunity to shine.
“Last year’s winter event sold out incredibly quickly and we were bombarded with messages from people who unfortunately missed out, so we would encourage people to book quickly to avoid disappointment and join our mailing list to be the first to know when tickets for further events become available.”
This year’s Beer @ The Barn will be the second winter festival from the brothers. The pair launched the first Banchory Beer Festival in the summer of 2014, followed by the first Beer @ The Barn event in February 2015.